The popular hill-station of Ooty (short for 'Ootacamund') is located in the "Blue Mountains", also known as the Nilgiris Mountains. Ooty was founded by the British and was used as a weekend retreat for British colonial rulers. It also served as the summer headquarters of the Madras Presidency, as it offered somewhere cooler during the fiercely hot summer months.

Among the many popular sights in Ooty are the Government Botanical Gardens. Laid out in 1847, the picturesque botanical gardens are set out over approximately 22 hectares.

The hillsides around Ooty are covered in tea plantations, with occasional colonial mansions set in generous grounds overlooking their estate and sprawling plantations. The region has been producing tea for over 100 years - the local tea is known for its dark, aromatic varieties. 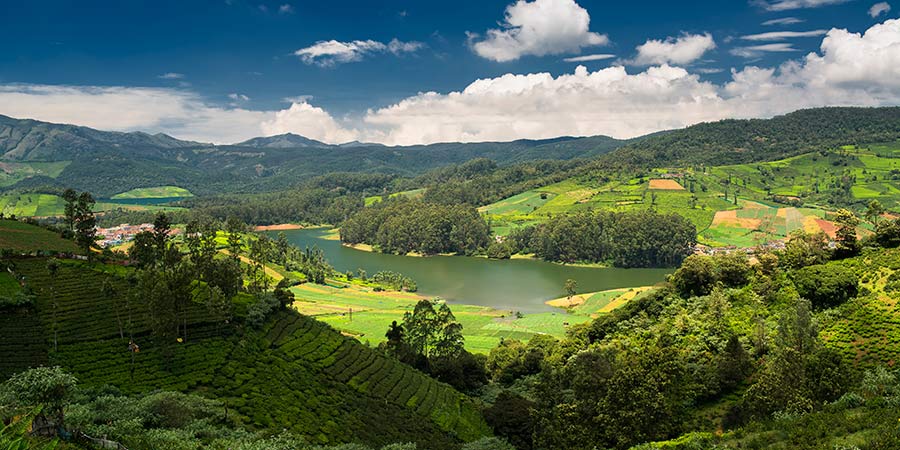