Also known as Akbarabad, the city of Agra is located on the banks of the Yamuna River. Agra is a former capital of the Mughal Empire (1526-1658) and is now most famous for the incredible buildings that were built during the Mughal era - in particular the Taj Mahal, Agra Fort and Fatehpur Sikri, all three of which have been granted UNESCO World Heritage status. 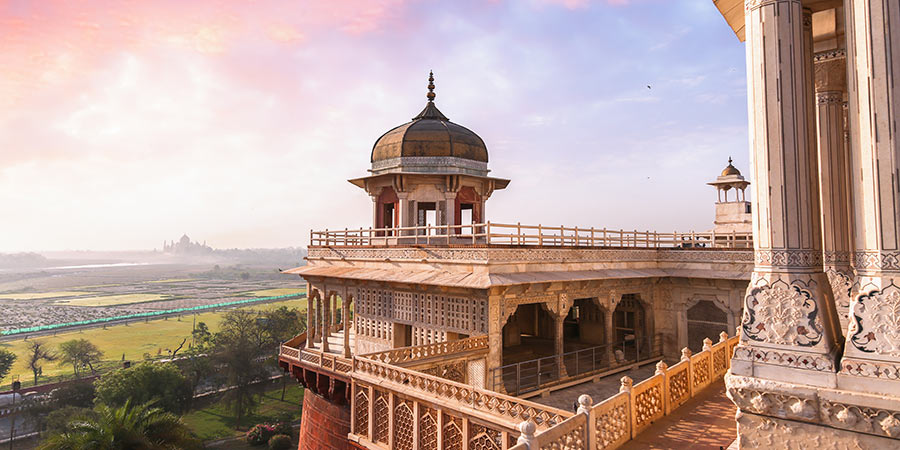 Our guide to Agra
Local sites to see

Perched on a hill high above Agra, the Agra Fort was one of India's most important defensive structures. The country was also governed from here and the grounds were home to a state treasury and mint. The foundations of the current complex were laid between 1565 and 1573 on the remains of earlier Rajput fortifications. The fort complex is sometimes referred to as a 'walled city', due to its sheer size, and the number of different buildings within the grounds.

Incredibly, the walls encompass approximately a square mile, and are more than 60 feet (18 metre) high all round. Although not all of the complex is open to visitors, there are still a number of impressive buildings to look around, including the magnificent Jahangiri Mahal. This particular palace was designed for the ladies of the royal family.