Set on the shores of the pristine Lake Pichola, Udaipur is surrounded by the Aravalli Ranges of Rajasthan. Often referred to as the City of Lakes, the city was founded by Maharana Udai Singh of Mewar, after the Sisodia dynasty was driven away by the Mughals. The famous City Palace, a majestic white monument, stands on the banks of the lake. Originally built by Mahrana Uday Singh II, the elegant palace built entirely in granite and marble, rises nearly 100 feet (30 metres) above Lake Pichola boasting fantastic panoramic views over the surrounding countryside.

The Palace itself is an amalgamation of eleven fascinating palaces built by different rulers at different times dating back to 1550, each resembling one another. From City Palace you can view the white marble Lake Palace, built in 1746, set amidst the scenic Pichola Lake, nestled between the Aravalli Hills and City Palace, stretching over a four-acre island. Originally built as a royal summer house, the palace has been converted into a luxury hotel. 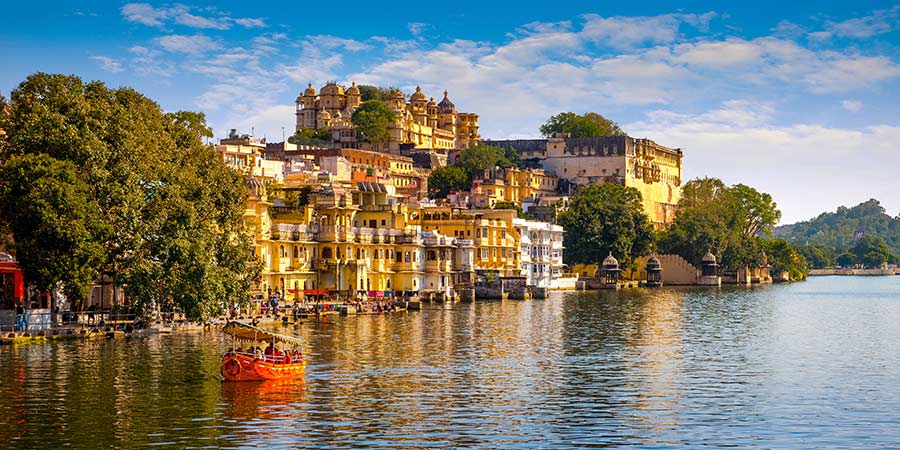 Booking Offer
Ultimate Rajasthan and the Palace on Wheels