The Taj Mahal, located in Agra on the right bank of the Yamuna, is a pristine monument of undying love. Emperor Shah Jahan built the temple in memory of his beloved queen Mumtaz Mahal, between 1631 and 1648. The Taj Mahal is now considered the jewel of Muslim art in India as well one of the Seven Wonders of the World. The Taj Mahal stands in the north end of the Mogul garden, where the pure white marble shimmers silver in the moonlight and glows softly pink at dawn. 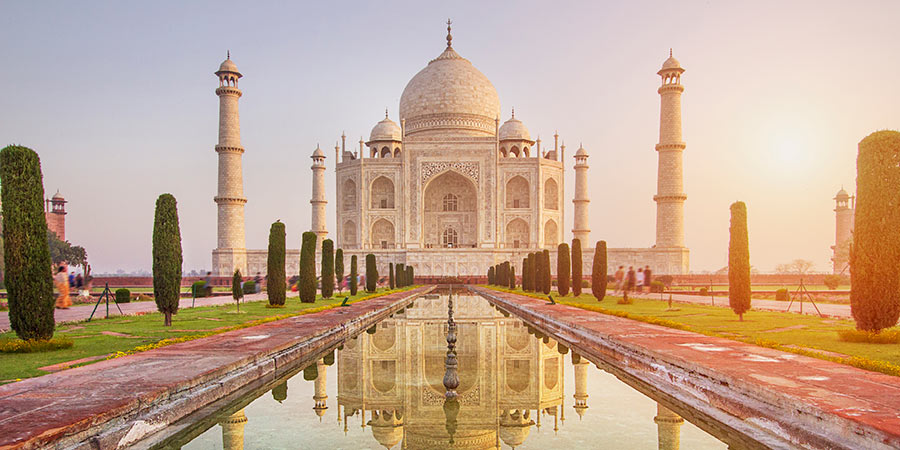 Holiday ideas for The Taj Mahal