This ancient red sandstone city was built in the 16th century as India's then political capital, by Mughal Emperor Akbar. Originally known as Fatehabad, Fatehpur Sikri was abandoned only 15 years after being constructed, due to the limited water supply, which was unable to sustain the growing population. The capital was relocated back to Agra leaving Fatehpur Sikri preserved as a medieval fortress of red sandstone. 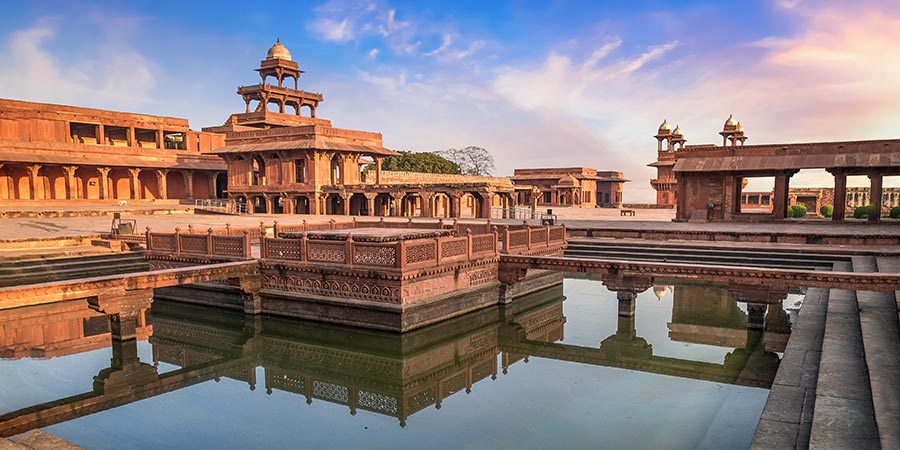