With its varied history and mixed influences from a number of different countries, Montreal boasts a rich cultural heritage. After being settled by French colonists in 1642, Montreal was taken by the British in the 1750s. Though there was a strong resentment among many of the citizens, the city nevertheless emerged as the major economic, financial and transportation hub of Canada. This ushered in a new era of wealth, and during this time much of the stunning architecture seen in the city today was built. Today, Montreal offers many interesting museums and beautiful green spaces, and the city remains a favoured tourist spot. 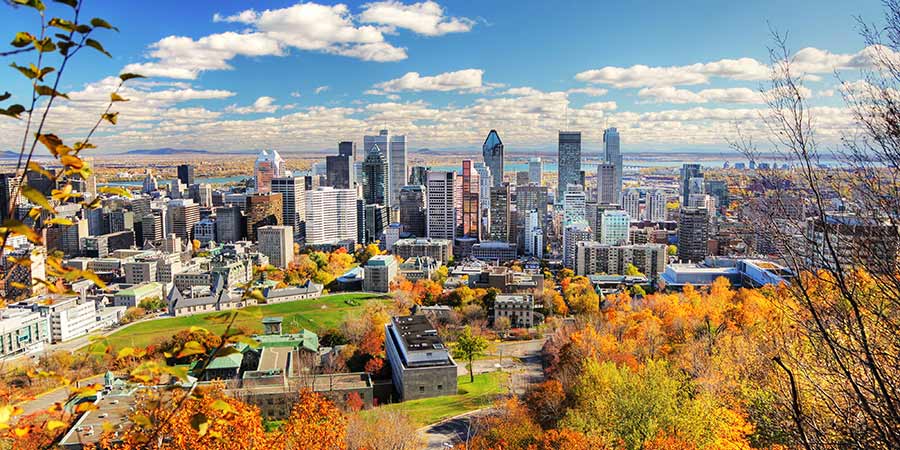 Our guide to Montreal

Montreal's Old Town is an area of immaculately restored buildings and pretty cobbled streets. Brimming with charming cafés and inviting restaurants, it has some of the best examples of 18th century architecture in all of North America - and a visit here seems almost essential.

When completed in 1829, this was North America's largest religious building. From the outside alone, the building is impressive, but its dazzling interior of gold leaf, and stained-glass windows is simply breathtaking. In fact, the cathedral's designer was so impressed with his masterpiece that he converted to Catholicism so he could be buried there.

A great green space affording magnificent views over the city below, as well as a fine expanse of parkland to wander about in. Among the highlights of the park is St Joseph's Oratory, a magnificent basilica that has become an important American pilgrimage destination.

A highly enjoyable museum detailing some of Canada's story - from the First Nation People's materials and carvings to photographs from the early 20th century. Named after the man who made the museum possible, the museum is one of Montreal's best-loved attractions.