Established in 1885, Banff National Park is the oldest National Park in Canada. It encloses a vast 2,564 square miles (6,641 square kilometres) of stunning scenery, and is home to a number of rare creatures including cougar and lynx. The largest town and primary hub of the park is Banff, which is one of the highest towns in Canada, situated at 4,800 feet (1,463 metres) above sea level. Surrounded by mountains and known for its hot springs, Banff is popular with tourists all year round.

Some of the most famous attractions in the vicinity include the 8,041 feet (2,451 metres) tall Sulphur Mountain, so-called because of the hot springs discovered on its lower slopes. There are cable cars that run all the way to the observation decks at the summit, offering marvellous views over the surrounding area. The emerald-coloured Lake Louise is another popular tourist spot. This was named after Princess Louise, a daughter of Queen Victoria - whose husband was the Governor of Canada between 1878 and 1883. The beautiful lake's unique colour is caused by rock flour, which is mixed in to the water as it melts during glacial activity. It attracts many visitors each year. 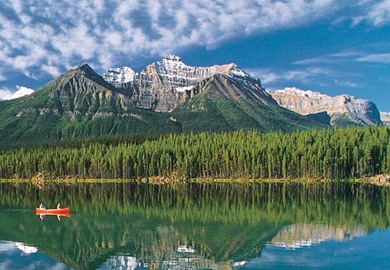 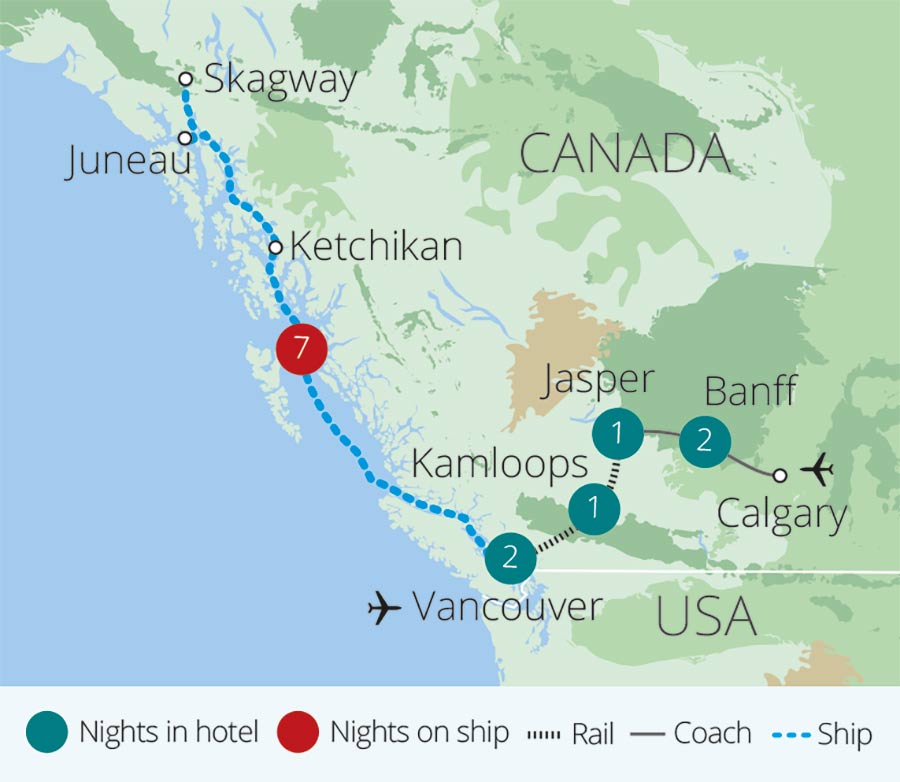 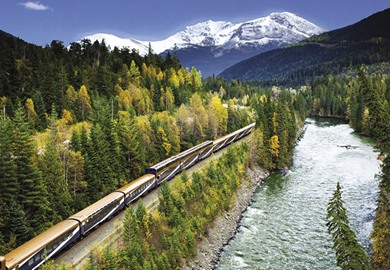 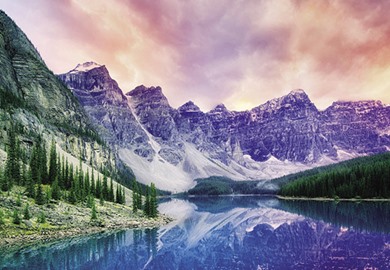 “I thoroughly enjoyed the holiday/adventure and is something I will always be glad that I have had the experience of.
Collected by Trustpilot

Linking Jasper National Park and Lake Louise in Banff National Park, the Icefields Parkway is 143 miles (230 kilometres) long. The road passes through some of the world's most wonderful scenery, including the Sunwapta Falls, the Athabasca Falls and the Columbia Icefield - which is home to the Athabasca Glacier. Continuing towards Lake Louise, the route then passes the dramatic Parker Ridge before reaching the Saskatchewan River Crossing. Although the point is named after just one river it is actually situated at the confluence of three; the Mistaya and the Howse Rivers also flow past this point.

Situated at the mouth of Glacier Bay, Icy Strait Point was first 'discovered' by European explorers in 1794. At that time this location was virtually unnavigable, surrounded by actively retreating glaciers; yet as some of these are amongst the fastest-retreating glaciers ever recorded they have since moved a little further inland from this site. Today, the bay still has more actively calving tidewater glaciers than anywhere else in the world. From the time that this area was charted by explorers, it was noted just how many very rare species of flora and fauna could be found here. Some of this magnificent region became a National Monument in 1925, and by 1979 this celebrated Biosphere Reserve was declared a UNESCO World Heritage site. The National Park was created at the same time, and it now encompasses almost 600,000 acres of marine ecosystems and other unusual landscapes. Many very rare species of flora and fauna can be found here; black-tailed deer, Canada lynx, sea lions and bald eagles are just some of the creatures that have been spotted.