Situated in the Canadian Rockies in the Athabasca River Valley, the town of Jasper is the primary commercial and accommodation centre for Jasper National Park - which spans an incredible 4,200 square miles (10,878 square kilometres). The town - and later the park - was named after Jasper Hawes, who used the area as a trading post in the late 19th century. The beautiful enclosure first became a park in 1907, and was granted National Park status in 1930. In 1984, it was designated a UNESCO World Heritage site, and now attracts almost two million visitors every year. 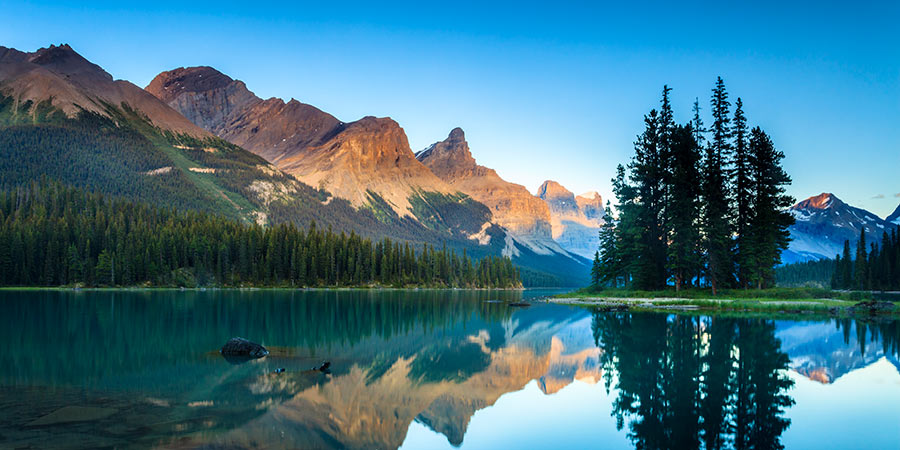 "Mountains, fast flowing rivers, beautiful lakes. Throw in some wildlife and what could be better."- John Coppen - Canada Tour Manager