A land of ancient civilisations, the birthplace of all major religions, and home to futuristic cities and technological hubs - Asia is diverse in the truest sense of the term. The continent is a natural wonder, flaunting the soaring peaks of the Himalayas, the roaring waves of the Indian Ocean, meandering rivers, sprawling forests, as well as expansive deserts.

The world's biggest continent is a melting pot of unique cultures, each equally vibrant and dynamic. Even more varied in flavour and aroma is the wide array of mouthwatering cuisines, considered to be among the best in the world. Embark on an immersive experience as you escape to the east on your next holiday. 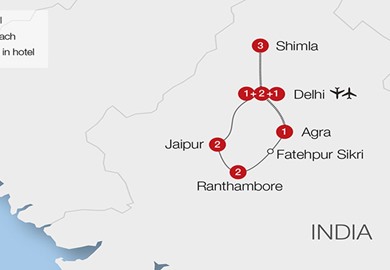 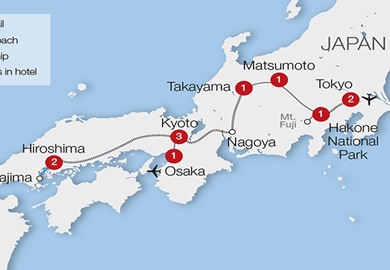 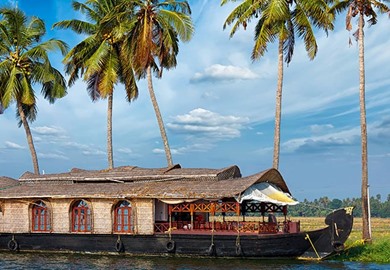 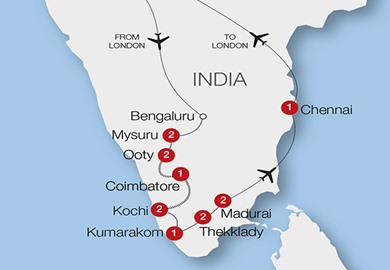 Flexible Booking
Grand Tour of India, Nepal and the Himalayas 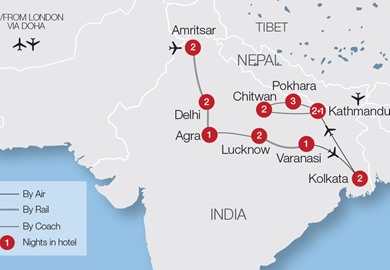 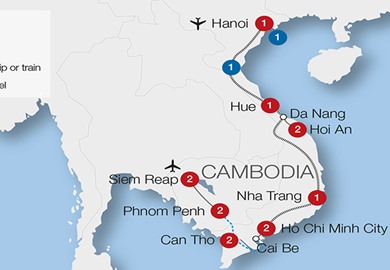 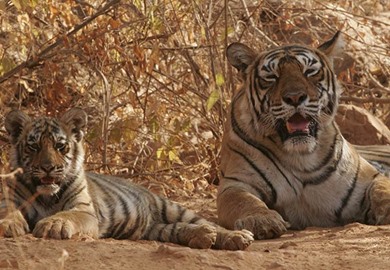 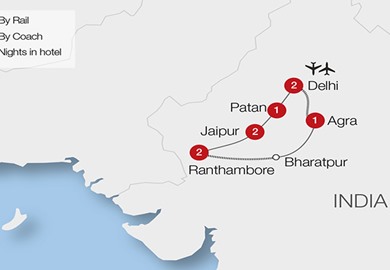 Flexible Booking
Ultimate Rajasthan and the Palace on Wheels 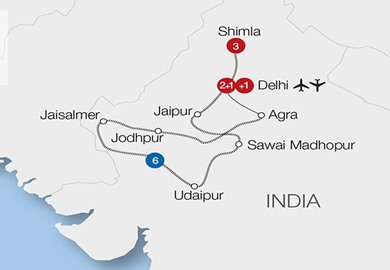 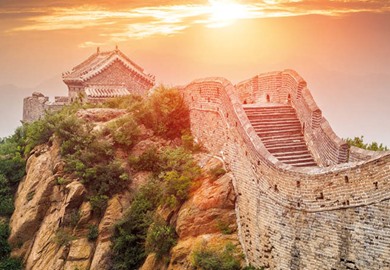 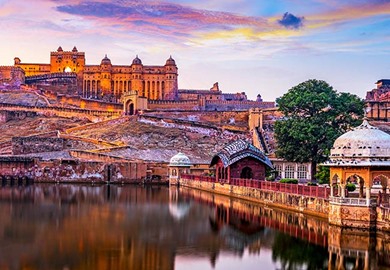 Tailormade
Delhi to Mumbai on the Maharajas' Express 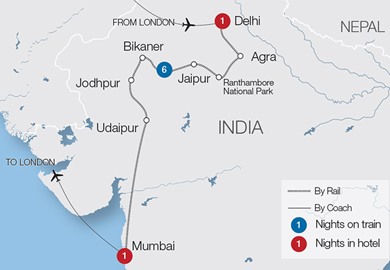 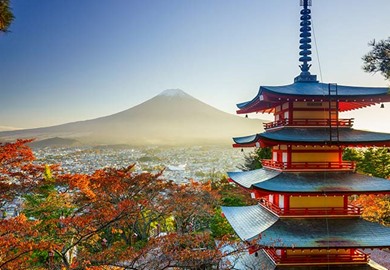 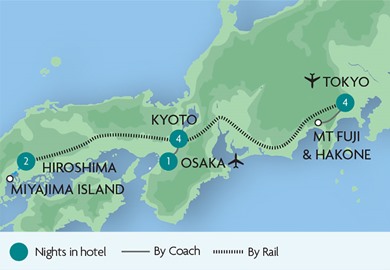 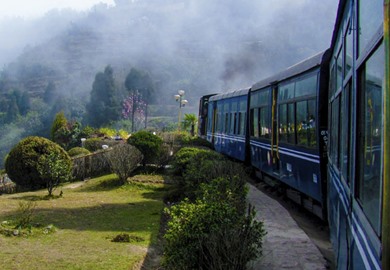 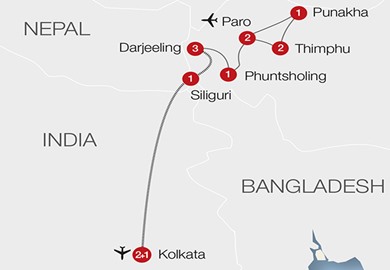 “It was all we could expect. Bill McIntosh is a very good tour manager and Haru's presence was very comforting and useful to speak Japanese and organize things.
Collected by Great Rail Journeys
India's Golden Triangle
Mr D Knights

“Well organised well informed. Ivan the tour manager was fantastic. Hemms the local guide was full of knowledge and kept us well informed. All tours throughout were fantastic and made the holiday.
Collected by Great Rail Journeys
Discover Southern India and Kerala
Mrs P Emmett

“Very well planned itinerary with lots of interesting places and happenings.
Collected by Great Rail Journeys
Ultimate Rajasthan and the Palace on Wheels
Mrs A Liggett

“The tour was absolutely excellent. The accommodation, the restaurants chosen, the itinerary, were all superb as were the guides everywhere.
Collected by Great Rail Journeys
India's Golden Triangle and Tiger Safari
Mr T Beddows

“Over all the holiday was excellent but felt it was a bit full on with no rest period especially at the beginning of the tour,and was not keen on having to be at the restaurant for evening meals so early after a day of touring,sometimes only an hour left from getting back to the hotel and then rushing down to the restaurant
Collected by Great Rail Journeys
Discover China
Mr M Robinson 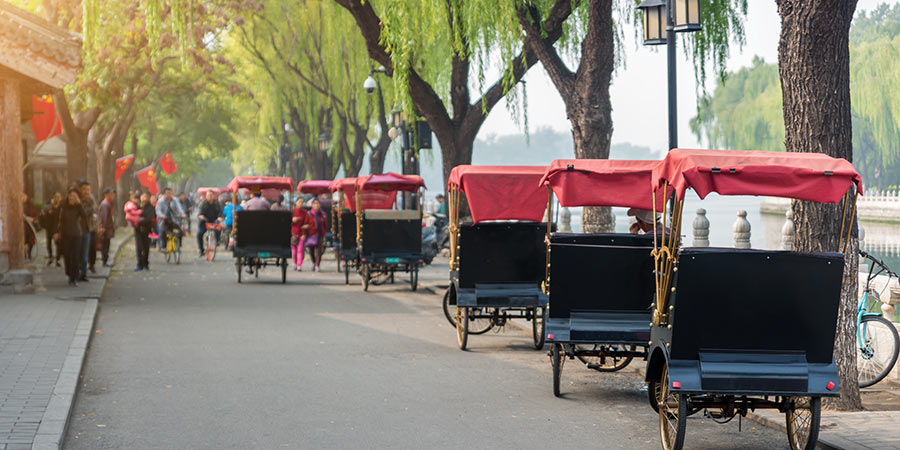 Exploring Asia can never be complete without experiencing the local way of life, and we make sure that you don't miss a thing. The streets of Old Delhi are full of people going on about their everyday lives and are best experienced on a rickshaw, the daily transport of the locals. None of your meals in South Korea are complete without a side of kimchi, a fermented vegetable dish known for its health benefits. Making kimchi requires traditional knowledge and we organise a kimchi making session where its secrets are revealed. While in Beijing, we host a traditional Peking Duck dinner, sampling this famous dish made up of pieces of tender, roasted duck which has been associated with imperial courts since the 13th century. 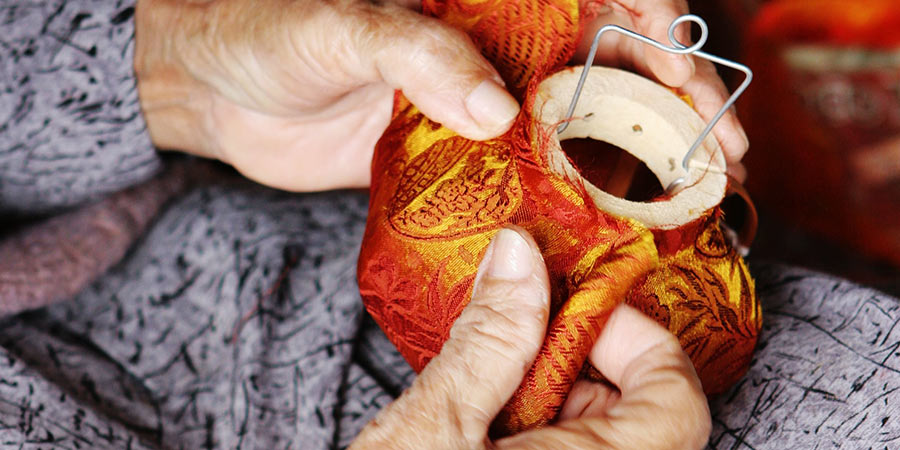 Some experiences render an authentic charm to your holidays and ensure that you discover something special about each destination. Discover these hidden gems as you taste Chinese tea at a traditional local tea house or attend a lantern making workshop in Vietnam. Whether you immerse yourself in a spiritual arti ceremony on the banks of the Ganges River or visit an elephant orphanage in Sri Lanka to admire these gentle beasts synonymous with Asian culture, you get to unearth aspects integral to each location you visit. With Great Rail Journeys, become more than just a tourist in a foreign land. 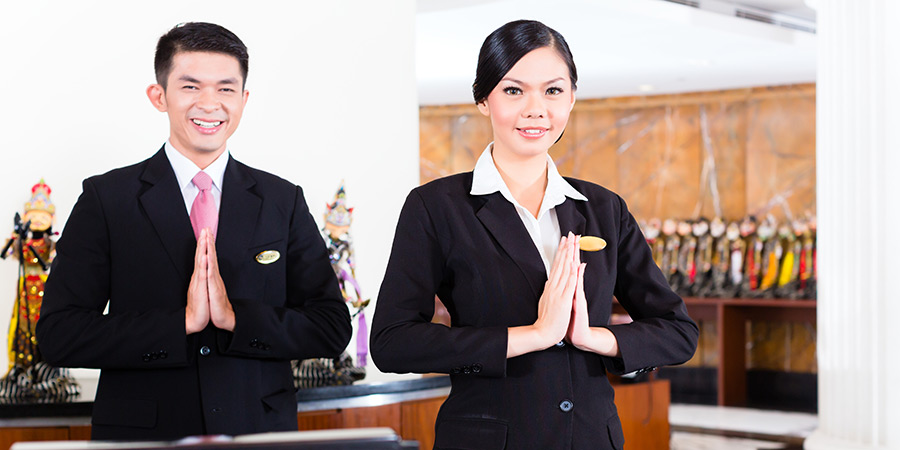 We have always been fascinated with the elaborate cultures and traditions of Asia. One thing they have in common is their warm hospitality. In India, there's an old proverb that the guest is God, and Indians welcome their guests exactly how they offer prayers - with palms pressed together, floral wreaths, and a tika or vermilion dot on the forehead. The locals of South Korea and Vietnam are known for their friendliness and warmth, and tourists are always made to feel welcome. Be it the traditional bowing of Japan or the Chinese salutation, you will be gladly received by locals whichever part of Asia you choose to travel to.

At Great Rail Journeys, we do everything that we can to ensure that your holidays are nothing short of unforgettable. From the sleek bullet trains of Japan and the maglevs in China to the idyllic toy trains in the lap of the Himalayas that traverse sleepy hill stations - your rail experiences are guaranteed to be as diverse as the continent is. You can travel through the hinterlands of North and West India on the Palace on Wheels, whose elaborate decor brings to life the traditions and colours of Rajasthan, or board the Green Express train from Hanoi to Da Nang as it skirts along the sparkling coast of the South China Sea.

The continent of Asia is home to some major landmarks, a few of them featuring among the New Seven Wonders of the World. Guides with exhaustive local knowledge and love for travelling, accompany you as you explore the architectural delights of the Taj Mahal, or take a walking tour along the Mutianyu section of the Great Wall of China. Whether you admire the ancient temples of Angkor Wat, or visit the Cu Chi Tunnels of Vietnam, Great Rail Journeys' carefully curated escorted tours endeavour to bring the destinations to life and captivate you with both regaling and poignant anecdotes that add a personal touch to your holiday.

Be it New Delhi, Beijing, Osaka, Busan, Hanoi, or Colombo, you get to explore the diverse cities of Asia with guides who know the areas like the back of their hands. However, it's not just the mega cities that our guides are conversant in. Your wildlife spotting experiences are enhanced by expert guides who are well acquainted with the forests and adept at escorting you through them. A guided trip to a tea plantation isn't complete without tasting some of their produce and learning in detail about the intricate process involved. Our excursions are designed to cover diverse themes and adapted to ensure that your personal interests are met to the best of our abilities.