Located on a peninsula that juts into the North Atlantic, Halifax is the largest population centre east of Montreal and the provincial capital of Nova Scotia. It was Halifax's natural harbour - the second largest in the world after Sydney, Australia's - that first drew the British here in 1749, and today most major sites are conveniently located either along it or on the Citadel-crowned hill that overlooks the harbour. The old city of Halifax is small and friendly, its neighbourhoods all within walking distance (albeit a long but manageable walk) or a short bus ride's distance of each other.

Halifax Citadel has been commemorated as a nationally significant symbol of Halifax's role as a principal naval station in the British Empire and of the city's importance to Canada's development and evolution from colony to nation. The Halifax Citadel was formally recognised as a significant symbol of Canadian nationhood when it was designated as a National Historic Site in 1951. Pier 21 uses a variety of exhibits to present the stories of departing and arriving Canadian troops, war brides, displaced children, and the more than one million immigrants who arrived in Canada through its doors between 1928 and 1971. 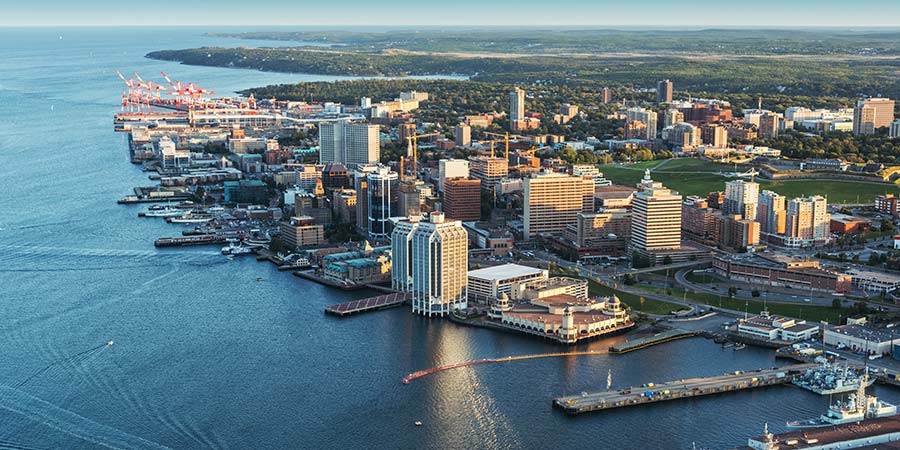 Our guide to Halifax

Point Pleasant Park lies on a rocky 75-hectare promontory jutting into the Atlantic Ocean at the eastern end of the Halifax peninsula. This park has been a place of recreation for the citizens of Halifax since the city's founding in 1749.

Although Alexander Keith served three terms as mayor of Halifax, his political achievements are overshadowed by another accomplishment: he was colonial Nova Scotia's first certified brewmaster. The brewery building from 1820 that bears his name is a local landmark and on hour-long tours you can see how his India Pale Ale was originally made, then sample a pint or two in the Stag's Head Tavern (non-alcoholic beverages are available for tee-totalers and under-age guests.) Actors in period outfits provide the explanations as well as old-fashioned maritime entertainment.

The exhibits in this Maritime Museum of the Atlantic, housed partly in a restored chandlery, include small boats once used around the coast, as well as displays describing Nova Scotia's proud sailing heritage. The most memorable ones, though, are devoted to the Titanic and the Halifax Explosion. The permanent Titanic Exhibition has a collection of artefacts from the doomed ship, including the only surviving deck chair. Also on display are a section of wall-panelling, a balustrade molding and part of a newel from the dual curving staircase, a mortuary bag, and the log kept by a wireless operator at Cape Race, Newfoundland, on the fateful night. In the Halifax Explosion exhibit, "Halifax Wrecked," newspaper accounts and quotes from survivors are combined with everyday objects recovered from the rubble, like a schoolboy's book bag and a broken pocket watch that will forever record the time of impact.

"Halifax is Sedate and laid back, a stylish town that is proud of its navel history. Where Canada meets the Atlantic. Peggy's Cove on a sunny day is stunning."- John Coppen - Canada Tour Manager