Straddling the Utah-Arizona state line, the famous Monument Valley is best viewed from US Highway 163. The sandstone red buttes and seemingly endless expanse of red sand is not only the typical Wild West image, but is also one of the most legendary sights in the whole of the USA. Monument Valley holds a place in the American public consciousness thanks to its regular and consistent portrayal in the media. The 1939 film 'Stagecoach' made John Wayne a star, but was also responsible for making the valley more famous.

Owing to the popularity of this Western-tough-guy image, several other John Wayne films were shot here - as was a series of 1950s Marlboro Man adverts based on his persona. Monument Valley is still a stronghold of Navajo culture, and even today, the whole region has the feel of a romanticised bygone age, where cowboys spend lonely months herding cattle across miles of untouched hills, and Native Americans continue to perform rituals passed down through the generations. 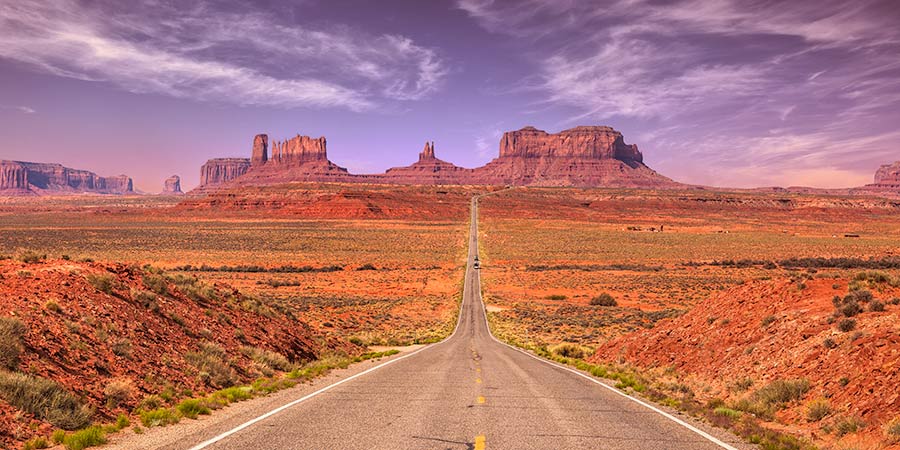 Canada is a country of diverse landscapes, with the spectacular Rockies in the west of the country, with natural wonders such as the Maligne Canyon and the stunning Lake Louise, to the Great Lakes and the breath-taking architecture of Québec in the West, there is something for everyone.