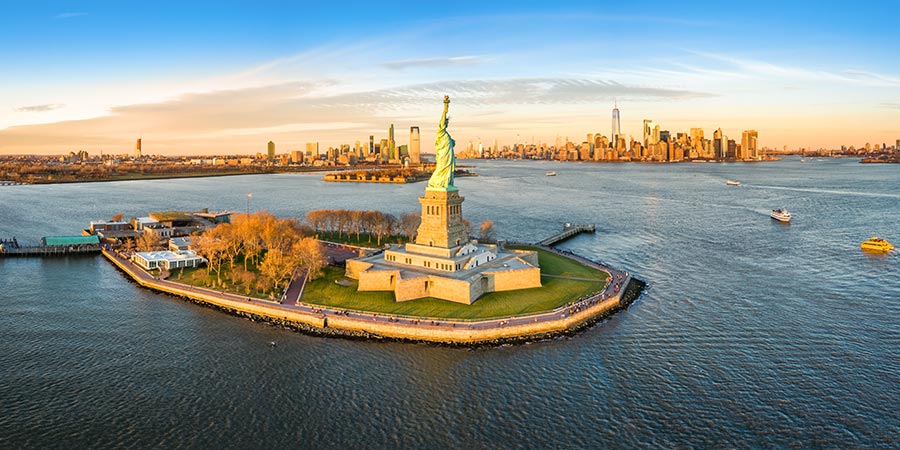 Our guide to New York
Local sites to see

In the shadow of the Statue of Liberty, Ellis Island was the first stop for more than 12 million prospective immigrants between 1892 and 1954. The Ellis Island Immigration Centre now tells the moving story of the "Peopling of America".

Sometimes referred to as the "Crossroads of the World", here huge advertisements for world-famous brands and popular theatre shows are all vying for attention amongst the neon lights and enormous towers of the square - which also marks the edge of the theatre district.

Actually a road running the entire length of Manhattan, the name 'Broadway' most commonly refers to the section in the heart of the theatre district. Many of the world's most famous plays, including Chicago, Jesus Christ Superstar and Wicked, originated here.