Boston is not only the capital of Massachusetts and New England's largest city; it is also one of the oldest cities in the United States, boasting a rich cultural heritage and a wealth of historic attractions. The city was founded in September 1630 by English Puritan colonists. It was named after Boston in Lincolnshire, as many in the colony had emigrated from there. Due to the Puritan ethics throughout the community, they quickly established a number of facilities such as America's first public school in 1635, and Harvard College the following year. As well as a centre for learning, the city was also a very successful port. With all of these factors combined, it is perhaps not surprising that Boston was the biggest city in America until 1755.

Boston's size meant that it was most affected by the whims of the British Crown, and so it was the natural birthplace for the War of Independence. Many of the initial sites of opposition can still be seen on the evocative downtown Freedom Trail. In the years after independence Boston's port began to decline in importance, but the city continued to grow and develop further inland. Nowadays the city is a delightful mix of futuristic skyscrapers and charming history - walking around the city is a delight, as much of the compact centre's layout still reflects the time before cars were invented. 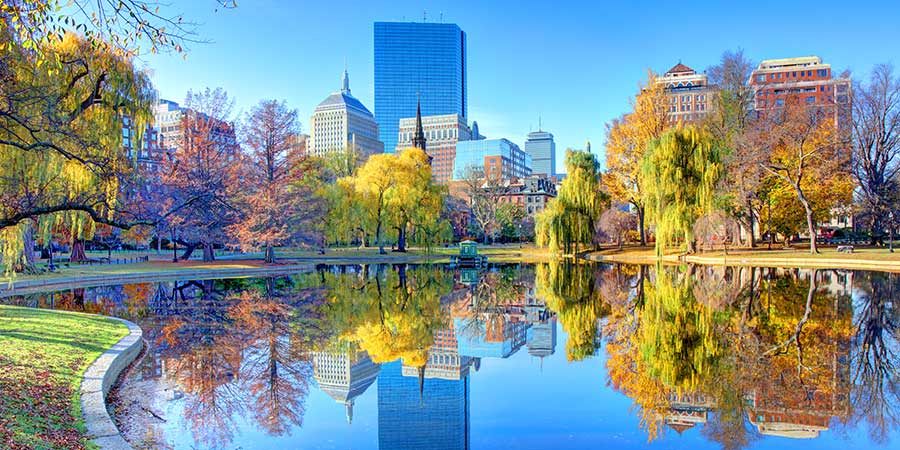 Our guide to Boston
Local sites to see

Named after the painter John Singleton Copley, the grand Copley Square is surrounded by a number of Boston's finest buildings, including the famous Boston Public Library and the Trinity Church. Also boasting impressive fountains and beautiful green space, the lively square is one of the city's premier destinations.

Originally even higher before it was mined for land reclamation, the lofty Beacon Hill is one of Boston's most elegant districts. Designated a National Historic Landmark, the area boasts the ornate Massachusetts State House and has been home to many famous writers.