With a name derived from "el sur grande" - meaning "the big south" - the sublime Big Sur coastline runs for 90 untamed miles from just south of Monterey down into San Luis Obispo County. The landscape in this famous region is notoriously wild; the beaches rise dramatically into the San Lucia Mountains, which are some of the tallest coastal mountains in all of North America. As a result, for many years, even in the first few decades of the 20th century, the Big Sur region was as undeveloped and inaccessible as any remote part of the United States. Most of the area's relatively sparse population lived without electricity until connections to the main Californian grid were established.

In a bid to improve accessibility a Highway along the Big Sur was proposed. After many years of work the road was opened in June 1937. Using 33 bridges to overcome the coastline's natural obstacles, the road was deemed a huge success. Owing to the beautiful Santa Lucia Mountain range, Big Sur is still lightly populated. Even though tourism to the area has increased, the region has changed very little for centuries. As such, many rare and endangered plants, including varieties of wild orchids, still survive here - which is another reason why the Big Sur is celebrated by so many. 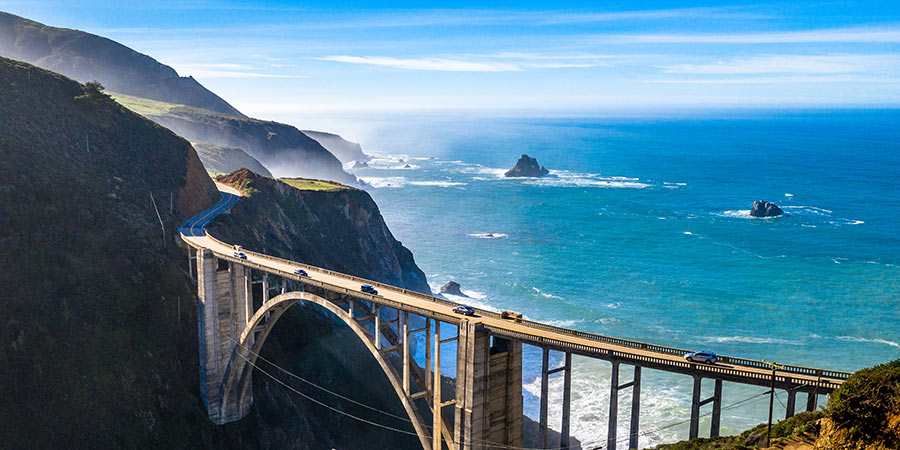