Founded in the 10th century, Trondheim is one of the oldest cities in Norway - as well as one of its largest - and is brimming with history. Having been the former seat of the Norwegian kings, the wealthy city of Trondheim was also a Scandinavian spiritual centre throughout the Middle Ages. In 1681 a huge fire damaged much of the city, though this was swiftly rebuilt in a grand style, much of which survives today.

Trondheim is widely regarded as a leading city of culture; Norway's first newspaper was published here, and the country's very first theatre opened its doors here a few years later. Amongst the city's broad avenues, old warehouses and pretty timber dwellings, there are a number of attractions waiting to be explored. 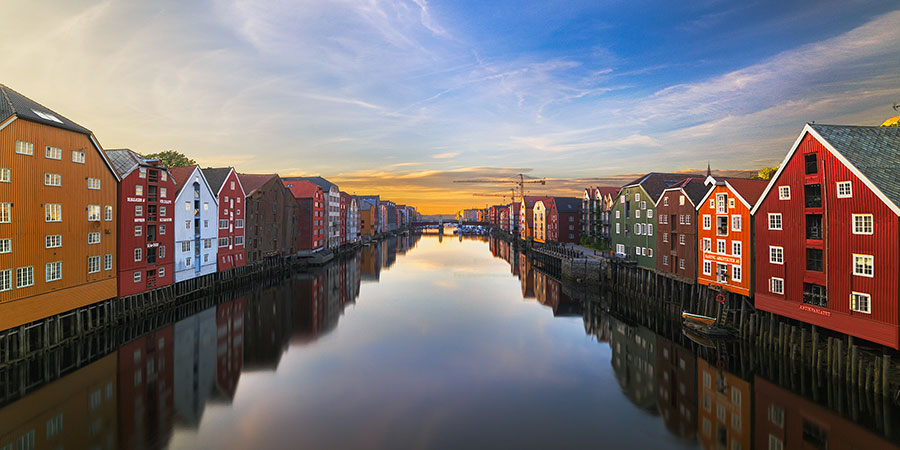 Our guide to Trondheim
Local sites to see

A great option to visit while you are in Trondheim is the Ringve Museum, located a short distance from the centre. The museum occupies a charming 18th century manor house and features a fascinating collection of musical instruments from all over the world. Just across from the museum are the beautiful Ringve Botanical Gardens.

The Nidaros Cathedral is considered to be one of the finest Gothic structures in Europe, and is well worth a visit. Begun in the 1070s, the impressive building also features a number of Romanesque elements, and was a major place of pilgrimage in the Middle Ages. Following long-standing tradition, Norwegian monarchs are still crowned in the cathedral - the most recent being King Harald V in June 1991.