The city of Bergen is surrounded by seven mountains and is based around its harbour. In the Bergenhus district there are well-preserved medieval buildings. On the other side of the harbour is the Klosteret area, which has beautiful 18th century wooden houses and charming alleys, where you can take a stroll out to the Nordnes peninsula. The city centre extends from the main square (Torget) to the Nygård area, where most of the shops and restaurants can be found. In the Middle Ages, Bergen was the largest city in Scandinavia and it wasn't until the 1830s that it was overtaken by Oslo.

Bergen retains its status as an important port city. Bergen was involved in trade with countries all over Europe and was awarded its city charter as long ago as 1070, by King Olav Kyrre. Contacts with the Hanseatic League allowed Bergen to export fish and import crucial supplies of grain. In the harbour, which is called Vågen, you can still see parts of the Bryggen, the old Hanseatic Wharf. The old wooden buildings are on the UNESCO World Heritage list, and have been damaged by fire several times. 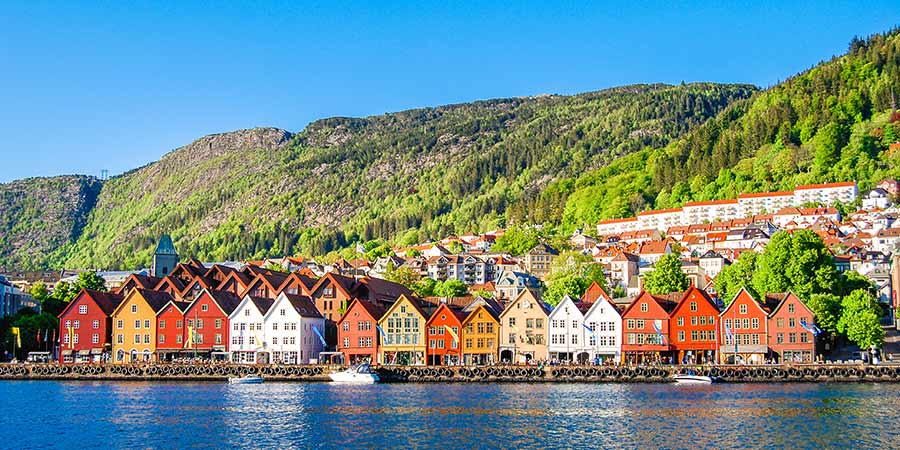