We meet at our dedicated Departure Office at St Pancras International and take the Eurostar to Paris, and enjoy a light meal and drinks on board. In Paris we change trains and continue by TGV to Strasbourg. Here we transfer by coach to Lake Titisee, and the Maritim Hotel. Located in the south of the Black Forest, the popular Lake Titisee is an ancient European lake formed by the Feldberg Glacier. The waters here eventually drain into the mighty Upper Rhine and the lake area has now become a popular spa resort.

Today we take a scenic coach tour into the heart of the Black Forest. One of Germany's most iconic natural areas, the Black Forest mountain range is flanked by the reaches of the Rhine valley. As the Black Forest is a major part of the clock-making industry, we pay a visit to a cuckoo clock maker, to learn how these intricate clocks are made. Due to the remoteness of the Black Forest, traditionally many villagers and farmers would turn to woodcarving in the winter months as a means of sustaining their income. This later developed into clock making and a booming engineering industry, buoyed by the abundance of natural resources provided by the enormous forest.

We then continue to the town of Triberg im Schwarzwald, situated in the middle of the Black Forest region. At Triberg, we enjoy the natural spectacle of one of Germany's highest waterfalls, as the thundering River Gutach makes a plunge of 535 feet (163 metres) over a series of frothing cascades The spectacle of the white-water crashing over jet black rocks is an impressive scene and it is obvious why this area remains one of the country's most popular natural wonders.

We have some time for lunch in Triberg, a small town and also home to the world's largest cuckoo clock, before we board a train for a trip on the Schwarzwaldbahn Railway taking us past some truly breathtaking scenery as we travel to Donaueschingen.

The Black Forest Railway passes through the heartland of this woodland country, encompassing a route some 150km long. The electric route passes through 39 tunnels and over 2 impressive viaducts and is the only true mountain railway in the region. The route, which has stood since the mid 19th century, meanders through thick deciduous woods and across flower-filled meadows, all enjoyed from the comfort of your seat. Once in Donaueschingen, we join the Höllentalbahn Railway, and enjoy stunning views on our way back to Titisee. Translating as "Hell Valley Railway", this line is one of the steepest in Germany, crossing a gradient of over 5% at points along its journey. In direct contrast to its intimidating title, the Hell Valley Railway and its namesake the Hell Valley is both equally beautiful and impressive. Remarkably deep, those who traversed the valley noted the darkness of the valley's narrower gorges and likened the depth and shadows to what they perceived hell to be like.

In Hell Valley's wider and more open spaces, the gorges open up into a veritable Arcadia of forested hills, lonely farmhouses and noble old stone bridges. The bright red carriages of the Höllentalbahn offer us the perfect platform from which to take in the wonderful Black Forest landscape.

We travel by Standard Class rail to Schluchsee, a pretty town set on the lake of the same name. The highest reservoir in Germany at 930m above sea level, the waters remain reasonably clear because of their elevation. Here we enjoy a cruise around the unspoilt shoreline, passing forested beaches and picturesque mountain foothills, before free time to explore the authentic lakeside town. Schluchsee, the largest lake in the Black Forest, truly wakes up in summer time, attracting all manner of sportsmen and women to windsurf, swim and sail across the lake. Why not relax on the waterfront and enjoy the bustle of one of Germany's finest summer lakes?

We take a coach to the town of Blumberg. Here we visit the small railway museum, before we join the Sauschwänzlebahn Steam Railway, for a journey through spectacular scenery to Weizen, near the Swiss border. Passing through the Wutach Valley, this steam route is one of the most impressive lines in the Black Forest and has stood since the late 1890s. It has been charmingly dubbed "Sauschwänzlebahn", due to the twisting nature of the route, Sauschwänzlebahn meaning "the pigtail line". We pass some of Germany's most pristine countryside, including castles, forests and mountain lakes.

We continue through the forest by coach to St Blasien, a small village famous for its church. The awe-inspiring St. Blaise Abbey was once a Benedictine monastery situated in this small village. Its grand, bleached white interiors are something to behold, along with its impressive facade.

We take a train (Standard Class) to Freiburg this morning, a pretty city at the edge of the Black Forest. Here you are free to explore Freiburg's main sights including the Minster of Our Lady, a wonderful red sandstone Gothic cathedral. Historically the central hub of this region of the Black Forest, Freiburg im Breisgau, to give the city its full name has an impressive number of options for you to spend your day here with historical monuments, shops and restaurants in abundance. Why not pay a visit to the city's Renaissance university, known as the Albert Ludwig University of Freiburg? Founded in 1457, this educational institute maintains many beautiful buildings from its inception.

The Augustiner Museum houses a well-known art collection located in the heart of a former monastery building, which in itself has an impressive architectural art-form. You may also wish to visit the German Clock Museum, for more of an insight into the history of clock making and typical German engineering history in this region. Or perhaps visit the impressive Freiburg Minster, with its unique Gothic spire and its striking religious architecture. 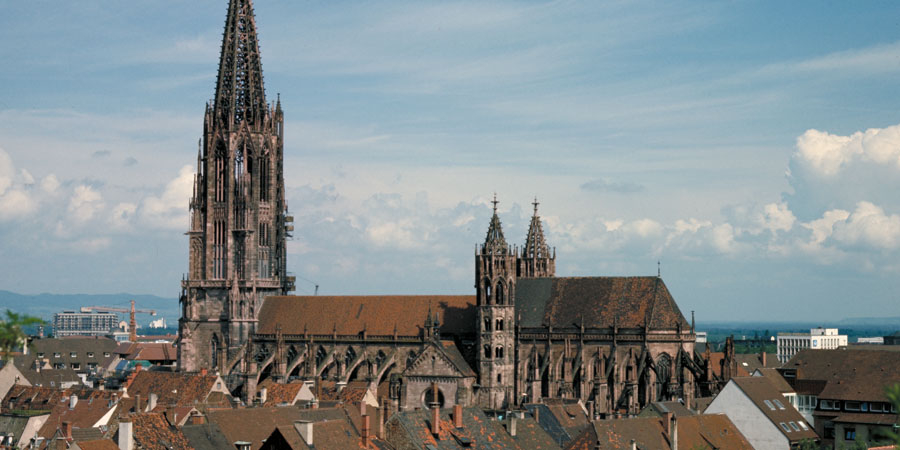 Day 6 - At leisure in Titisee

Today is at leisure to explore and is a great opportunity to use your Hochschwarzwald Card for reduced train fare in the surrounding area and reductions on entry to some local attractions. Alternatively, you could board a train to the nearby cities of Baden-Baden and Stuttgart, both just under two hours away by rail and boasting plenty of varied options for both the cultural and historical enthusiast.

Baden is hidden away in the trees of the Black Forest and its highlights include a famous resplendent spa resort called the Kurhaus of Baden-Baden. Stuttgart offers a different feel as a much more contemporary city with the imprints of hundreds of years of German history hidden away amongst the monuments and ancient buildings. 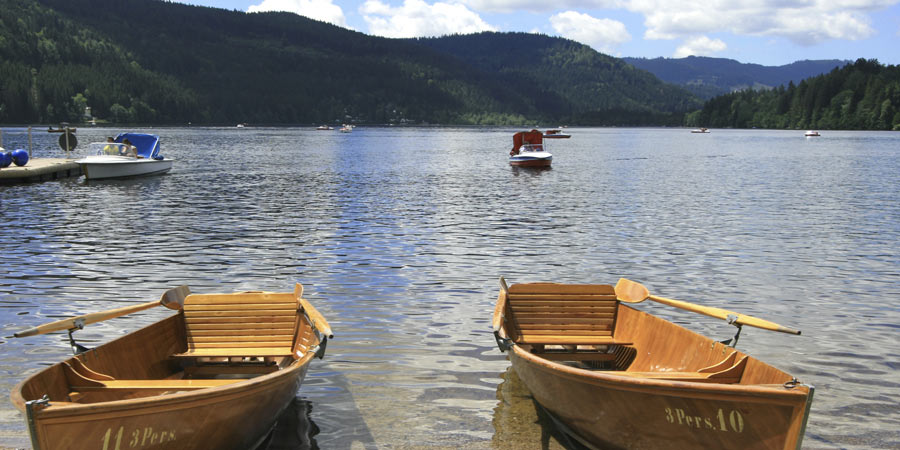 Bidding farewell to Germany, we transfer to Strasbourg, where we take the high speed train to Paris, we cross the city to board the Eurostar to London. Upon arrival, your tour concludes.