Kindertransport was one of the only positive events of WWII. It was a system created to bring thousands of children from Germany and its outlying countries, to Britain during WWII.

Between December 1st 1938 and September 1st 1939 close to 10,000 unaccompanied, mostly Jewish children were helped to escape from Nazi occupied territories, and brought to relative safety in the UK. 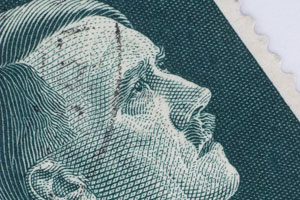 In Germany, in the 1930s, Hitler's grip was tightening, and life became hard for Jewish children. As well as stripping Jewish people of their jobs and citizenship, the children themselves were gradually banned from playgrounds, parks, theatres, swimming pools and schools. They were being ostracized from the lives they knew.

Hitler then annexed Austria, and begun enforcing the same anti-Jewish laws that were upheld in Germany. Many families knew it was time to leave, but escaping Hitler's grasp wasn't easy. Visas were hard to come by; to ensure no financial burden was placed on the country they were travelling to, a sponsor was required. German women began placing advertisements in British papers looking for jobs as household staff.

A visa was required from the state department to be allowed into another country, then an exit permit was required to leave Nazi territory. These documents were only valid for a short time, and had to be collected all together, which usually couldn't happen.

After the horrifying events of November 9th 1938 known as Kristallnacht, 'the night of broken glass', newspaper headlines all over the world condemned Hitler's actions. The world was repulsed, yet only one country was willing to relax its immigration controls. Britain declared it would open up its borders, but only for children, who wouldn't threaten British jobs or burden the state. It was finally agreed by the British parliament that unaccompanied children, up to the age of seventeen, would be permitted to enter the country.

Rising to the challenge 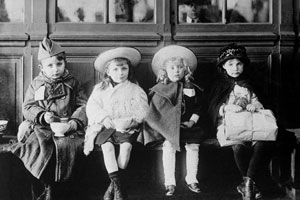 Arrangements began to rescue children from the Nazis, while at the same time, thousands of families fled Germany and Austria, and headed to Prague. An English stockbroker, Nicholas Winton, began touring refugee camps with Doreen Warrener, a representative for the British Committee for Refugees from Czechoslovakia. They realised the situation was much more urgent than anybody back in London had thought. Upon returning to England, Winton approached the Home Office and they agreed that under certain conditions Winton could bring as many children as possible into the UK. Together with a number of brave and influential people the Kindertransport was arranged.

The conditions of the arrangement, were that each child had to have someone who would sponsor their immigration, and each child must have a family willing to take them on, once they reached Britain. Nicholas Winton also wrote to prominent figures in America. He received many replies detailing concern over the situation and also why they would not be able to help. A bill to bring 20,000 children into the United Stated was voted against by congress. One of the main reasons given was that rescuing only children, without their parents, was against the laws of god.

The first children to be selected for Kindertransport were from families who were already under scrutiny, or had suffered brutality at the hands of the Nazi's. German policy in 1938 was to force immigration of German Jews, so the Nazis willingly let the children leave, as long as they did not take anything valuable with them. It took barely three weeks for the first Kindertransport to leave Germany.

The majority of children were evacuated by train, some of which left during the day but many left in the dead of night. The trains headed for Holland and away from the Nazis. At the German-Holland border the Nazi border guards would search the children for valuables. Once the train was in Holland the mood immediately lifted - the children had escaped.

Trains ran out of Vienna, Berlin, Prague and other major cities in Central Europe, and headed for the Hook of Holland, and the ships that would carry them to safety. Germany had refused to allow their own ports to be used for the Kindertransport. After being put on a ferry to England, the children were taken by train to King's Cross station to be collected by their surrogate families.

There were around 300 children arriving in London every week, rescued from Nazi persecution in the concentration camps. The lives of almost 10,000 children were saved in the nine months the Kindertransport was running. Almost all of the children who were rescued from the Nazis never saw their families again.

On 1st September 1940, what was to be the last successful Kindertransport left Berlin. On the same day, Nazi Germany invaded Poland, and two days later, on September 3rd 1939, war was declared. Nearly 1,500,000 children died at the hands of the Nazis during the Holocaust. If not for the Kindertransport, 10,000 more children's names would be on that list.

A beacon of hope

The Kindertransport was without doubt one of the only beacons of humanity throughout the Second World War, the time of greatest inhumanity in the modern world.

Many children of the Kindertransport never returned home and instead made a home in their adopted country. Among the children saved, many have gone on to make a significant impact. There are four Nobel Prize winners, and many others have contributed to politics, education, industry, the arts and education.

On September 1st 2009, to mark the 70th anniversary of the last Kindertransport, a special 'Winton Train' set off from Prague's Main Railway station. The train was made up of an original locomotive and the carriages used for Kindertransport in the 1930s. On board were several of the surviving children who had made the original journey, and their descendants. The train followed the original Kindertransport route. On its departure a statue of Nicholas Winton, responsible for saving at least 660 children from the Nazis, was unveiled.

Along with the Winton Train, statues now stand proudly in stations all over Europe commemorating the Kindertransport and the people responsible. The artist, Frank Meisler, was himself rescued from the Nazis on Kindertransport at the age of ten. Today, these statues can be visited as part of train holidays in Europe. The locations of these statues are:

There is now a permanent museum dedicated to the Kindertransport, located in Vienna. The museum can be visited on certain Europe train holidays with Great Rail Journeys.

Rail holidays to France usually travel via Paris. Romance is rife in Paris and we’ve found some of the lesser known beauty spots to take your beau.