Positioned ninety miles north of the Arctic Circle in Swedish Lapland, Kiruna is a spectacular destination at any time of year. A paradise for lovers of the great outdoors, Kiruna's magical landscapes include mountain ranges - Sweden's highest peak, Kebnekaise, is visible from the city, ancient woodlands, crystal clear lakes and rivers and beautiful valleys.

The indigenous Sami people of Scandinavia have inhabited the northern region of Sweden around Kiruna for an estimated six thousand years, surviving via their activities of reindeer herding, fur trapping and fishing. In the seventeenth century, vast iron ore reserves were discovered in the area and as processes for the mining, extraction and transportation of iron improved over the following two centuries, so the town of Kiruna was established and became prosperous.

Today, Kiruna boasts the world's largest underground iron-ore mine, and whilst this is still the foremost contributor to the city's economy, tourism provides a significant source of income as increasing numbers of visitors arrive to experience Kiruna's many attractions. One of the most famous of these is the world's first, and largest, hotel constructed entirely from snow and ice and rebuilt from scratch each winter. Elsewhere, visitors can discover the fascinating history and culture of the Sami people at the small but highly informative Samegarden Museum and, of course, travel 550 metres underground to tour the Kiruna Iron Mine. 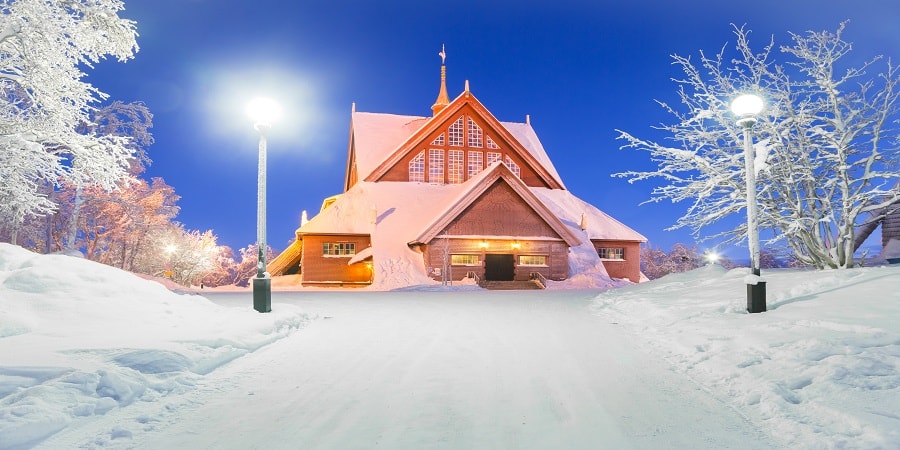 Enjoying the beauty of Kiruna

Kiruna's location and environment make it an ideal base from which to enjoy a wide range of exhilarating activities and experiences throughout the year. When snow is on the ground between October and May, dog-sledding or snowmobiling present an unmissable opportunity to appreciate the beauty of Kiruna's surroundings as routes take in woodlands, frozen lakes and hills. At this time of year it is also possible to skate on frozen rivers or lakes or to indulge in downhill or cross-country skiing.

Kiruna's summer months, from July to September are a wonderful time to get out and explore some of northern Sweden's superb walking trails. The 440-kilometre Kungsleden (Kings Trail) passes nearby whilst the 800-kilometre Nordkalottruta (or Arctic Trail) which follows the borders of Norway, Sweden and Finland and partially traverses Abisko National Park, a site famous for its natural beauty and for observing the aurora borealis (northern lights), located approximately one hundred kilometres northwest of Kiruna.

Golfers can enjoy a round at the world's most northerly golf course. Björkliden Golf Course, established in 1929, offers stunning views of Kiruna's mountains and offers the unique experience of playing twenty-four hours a day by the light of the Arctic midnight sun.