Enjoying a central location on Honshu, Japan's main island, Kyoto was first settled in the 7th century AD, and by 794 it was the capital of Japan. Holding this position until the Imperial Restoration in 1868, Kyoto naturally developed into a large city of wealth and affluence. Kyoto was always the country's largest city, and though this has changed since Tokyo became the capital, it is still a considerable size, and is home to the headquarters of huge companies such as Nintendo.

Kyoto is also known for being a seat of learning, and for this reason it - along with its size - was originally a target for atomic bombing by the Americans in the Second World War. However, it was spared from this fortunately, and even much of the conventional bombing, making Kyoto one of the few cities in Japan to have an abundance of pre-war buildings, right down to small buildings such as standard townhouses.

As a result of its history and subsequent preservation, Kyoto is home to many of the 'typical' images of Japan, and ranks as one of the world's most culturally rich places. The city boasts 17 UNESCO World Heritage sites, and more than 2000 temples and shrines. 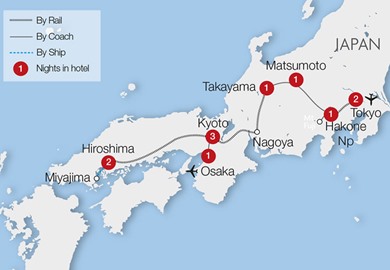 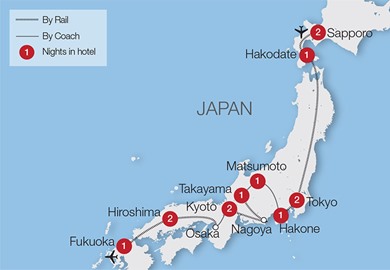 Map and accommodation
Our customers love our Kyoto tours
Powered by

Discovering Japan
Mr P Rao
“It was all we could expect. Bill McIntosh is a very good tour manager and Haru's presence was very comforting and useful to speak Japanese and organize things.
Lastest articles from our journey blog