Nara was the capital of Japan from 710 to 784 AD, which meant that it expanded quickly as an ancient city. Whilst its centre-stage role in Japanese history was short-lived, it was still home to a number of significant sites and monuments that are culturally important and remain major tourist attractions today.

These include Nara Park, also known as Deer Park for the large number of tame deer that roam around it. Originally believed to be messengers of the gods, the deer were seen as sacred, and killing one of these deer was a capital offence punishable by death until relatively recently. Today they still enjoy the full protection and status of a national treasure. As well as being a vast expanse of beautiful parkland, Nara Park is home to Todai-ji Temple, a Buddhist building founded in the first half of the 8th century. The ornate structure is noteworthy for being the largest wooden building in the world, and for having the world's largest bronze Buddha statue. The Buddha weighs 500 tons and is 49 feet (15 metres) tall - its ears are just over 8 feet (2.4 metres) long!

The Kasuga Shrine is part of the same UNESCO World Heritage site, and is of a similar age, having been founded in 768. This is a huge complex, with a number of different buildings. The Shinto shrine is known for its ornate stone lanterns on the steps leading up to the main entrance, and the interior of the central shrine features many lavish golden statues. 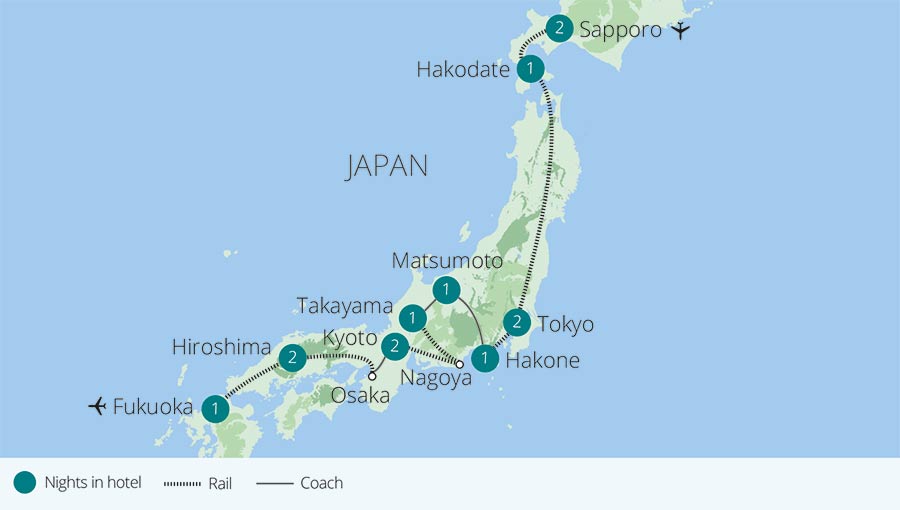 “It was all we could expect. Bill McIntosh is a very good tour manager and Haru's presence was very comforting and useful to speak Japanese and organize things.
Collected by Great Rail Journeys
Latest articles from our journey blog