Norwich first came to prominence in the early 10th century, mainly because it had its own mint. Around this time, the city also became a major center for trade, as the River Wensum provided easy access to Great Yarmouth, and from there to the rest of Europe. Coins from Norwich's mint have been discovered as far away as Scandinavia and the Rhineland, giving an impression of the extent of the city's trade. As a result, by the 11th century Norwich was England's largest city, after London. This was a position it held until about the time of the Industrial Revolution.

Several reminders of this prosperous time remain in Norwich today, and exploring the rich collection of twisting lanes and narrow passageways on foot is easy. There are a number of architectural gems scattered across the center; Norwich Castle was constructed in 1067, as William the Conqueror realised the importance of protecting this wealthy city. Open as a museum today, the castle gives a fascinating insight into the history of the region, and has a range of displays on other subjects such as Queen Boudica of the Iceni Tribe. 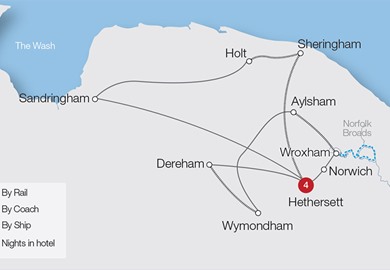 Map and accommodation
Our customers love our Norwich tours
Powered by

Norwich & The Norfolk Broads
Mr A Pilbeam
“We were well satisfied with the vacation, the only snags were that we could have used more time at Sandringham and some people found the stairs at the hotel a problem 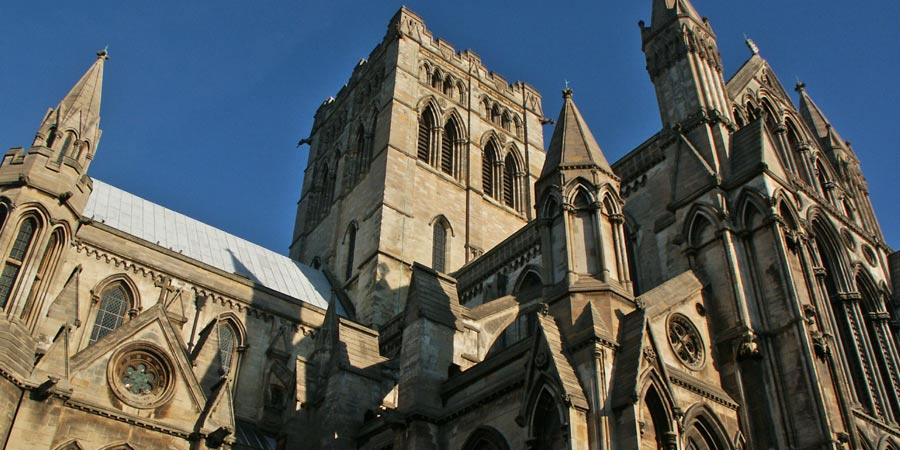 We know you’ve been on the edge of your seats these last few weeks, putting your vacation plans on hold just to see what your horoscope might suggest! Well, we won’t keep you waiting any longer…