The pretty village of Goathland is probably most famous for its fictional existence as 'Aidensfield' in ITV's long-running drama series Heartbeat. When you visit Goathland by train you will recognize many of the landmarks from 'Aidensfield', including the stores, garages, pub and the railroad station itself. Goathland train station was also transformed into 'Hogsmeade Station' for the Harry Potter films.

If you travel on the North Yorkshire Moors Railroad, visiting Goathland is a wonderful way to spend the day. The village is located a short stroll from the award-winning railroad station, which has been seen on television as 'Aidensfield Station' in Heartbeat and on the silver screen across the world as 'Hogsmeade Station' in the Harry Potter films.

When visiting Goathland, you should take time to enjoy the station and the station's old-fashioned facilities. Goathland Station has a traditional and still-operational signal box and preserved ticket office. The station gardens are tended for by local volunteers and a large proportion of the staff who work at the station and on the heritage railroad are also volunteers.

Anyone visiting Goathland station will have the opportunity to travel on a historic, restored steam train. The trains run several times a day and can take you to nearby villages such as Grosmont or Levisham, or as far afield as Whitby on the North Yorkshire coastline - the perfect spot for a walk on the beach and a portion of fish and chips overlooking the harbor. 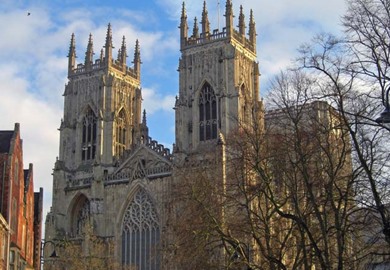 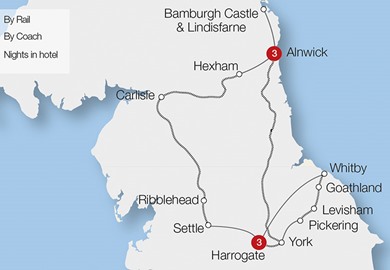 Map and accommodation
Our customers love our Goathland tours
Powered by

The recent Bank Vacation weekend meant only one thing: Tour de Yorkshire 2019 was in full swing!