An escorted rail tour of Australia with Great Rail Journeys reveals the beauty of this land whilst traveling in comfort on some of Australia's most iconic trains. From the Great Barrier Reef to the Red Center and from the Blue Mountains to the Barossa Valley your Australian train vacation is guaranteed to be memorable. 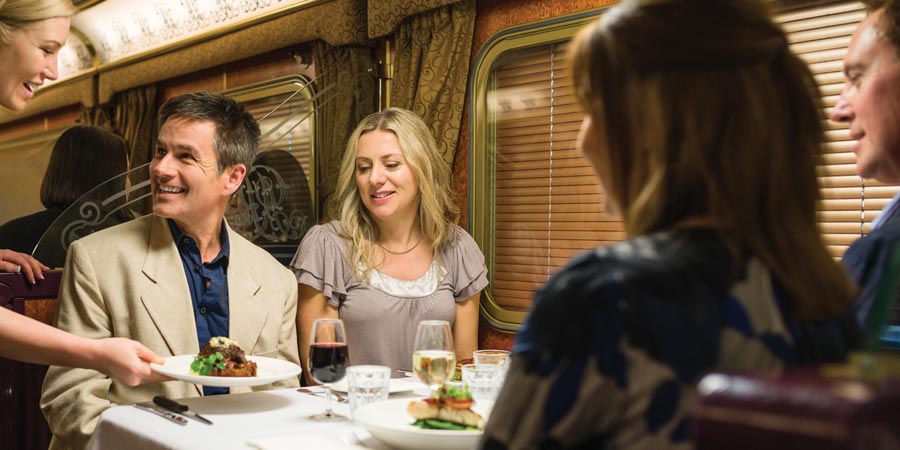 By the time the first Dutch explorers set foot in Australia in 1606, it had already been inhabited by aboriginal people for more than forty-thousand years. Despite naming their discovery 'New Holland' the Dutch did not settle here; that honour went to the British who established a penal colony, to which convicts were deported by ship, on 26 January 1788, where the city of Sydney now stands. The date is significant - it is now commemorated annually as Australia Day. As a result of its indigenous and colonial heritage, modern Australia provides an intriguing cultural mix which is represented in aspects such its architecture, music, art, theater, museums and cuisine. 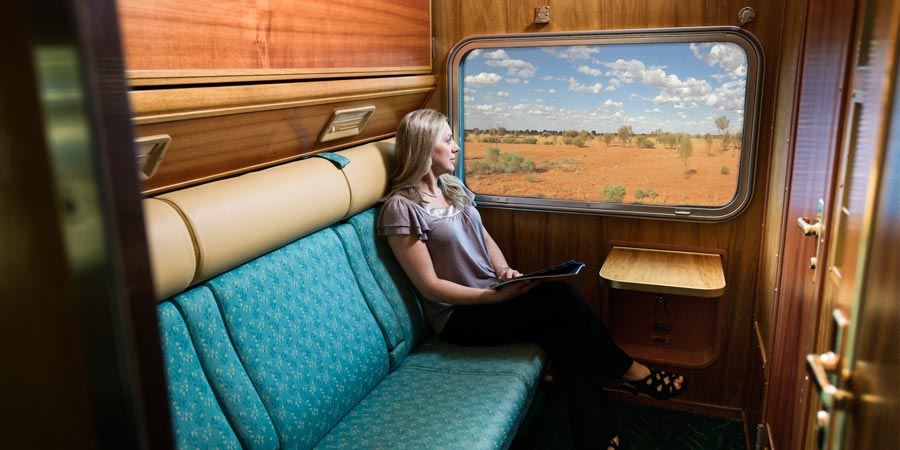 Australia's sheer size encompasses a diversity of geography and features the world's largest coral reef, several mountain ranges, dense, tropical rainforest, arid desert and vast open plains of grass and scrub. Guests who join us aboard Australia's legendary train The Ghan will encounter many of these incredible landscapes on one of the world's greatest railroad journeys between Alice Springs at the country's heart and Adelaide on the south coast.

Size also dictates Australia's complex climates which vary depending upon the region and time of year. Generally speaking, northern Australia from the Red Center upwards enjoys year-round warmth. Northern tropical regions have a wet season from November to April and a dry season May to October. As you head further south in Australia, and therefore closer to Antarctica, temperatures fall. Other than the tropical regions Australia has four seasons, but as the country is located in the southern hemisphere they are reversed, so December to February is the height of summer, June to August the depths of winter.

Modern Australian cuisine extends far beyond the infamous barbecued shrimp, meat pie and cold lager. Boasting the world's third largest fishing zone, Australia offers some of the finest seafood available with specialties including salmon, lobster, oysters and tuna, as well as the freshwater Barramundi which inhabits Northern Australia's rivers. Roast meats are typically popular and in addition to lamb, beef and pork, kangaroo meat is not uncommon and, in some restaurants, cuts of ostrich or crocodile. Australian delicacies to look out for are stone-baked damper bread, Anzac biscuits and the Moreton Bay Bug; a smaller crustacean relative of the lobster with firm flesh and a distinctive flavor.

Discover the fantastic railroads of Australia. It should come as no surprise that we love railroads and we know many of you do too! That's why our tours feature some of the most iconic railroads and trains on the continent.