The Palace Hotel in Inverness has long been a customer favourite here at Great Rail Journeys. And really, what's not to like? With a prime location on the edge of the Highlands, a stay here blends the best of both worlds; a cosmopolitan city break, as well as a chance to retreat into the surrounding wilderness. Then there's the fascinating history of the hotel itself and the local stories it's helped to tell for over 100 years.

Boasting grand Victorian architecture and splendid views of both the River Ness and nearby Inverness Castle, the Palace Hotel has been in the capable hands of the Milton family since 1965. A local couple who took the plunge setting up their own business, they couldn't have imagined just how successful their venture would be, and they eventually become the proud owners of six establishments across Scotland. Their focus on family and taking care of others still shines through in all the hotel has to offer to this day. From the moment you check in, you can expect warm Highland hospitality and a keen attention to detail all wrapped up in attractive Victorian architecture. 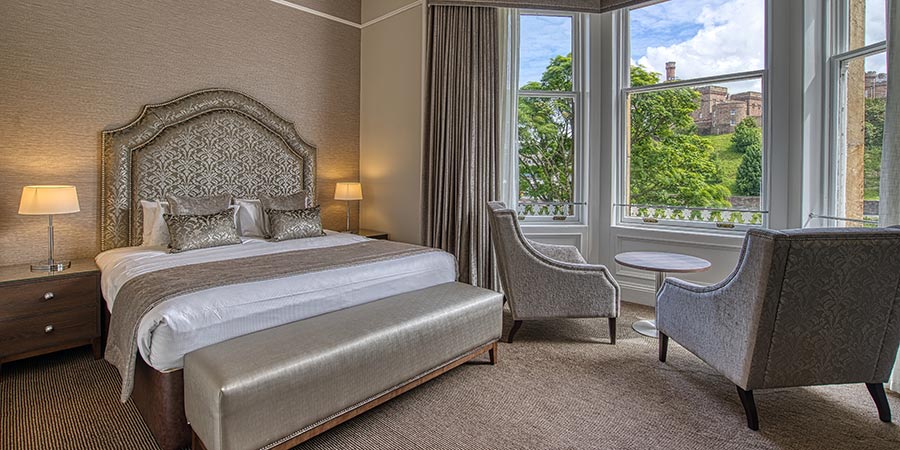 These strong links with the past doesn't mean the hotel hasn't moved with the times, though. Some of our guests' favourite things about the Palace Hotel include the modern, well-presented food, the spacious rooms, the well-thought-out décor combining elegant design and furnishings with traditional Highland touches, and the up-to-date facilities (the enormous indoor pool means you won't want to forget your swimwear - even with the unpredictable British weather you can still enjoy a relaxing dip). 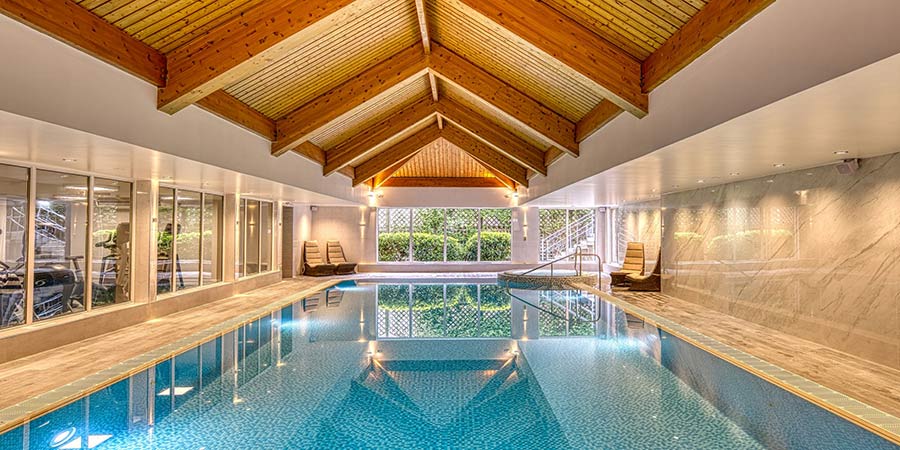 A destination brought to life by the introduction of the railway, the Inverness Palace Hotel has always been ahead of its game, being one of the first hotels built for the anticipated influx of sightseers during the late 19th century. Constructed on the site of Ness House, a mansion demolished 20 years previously, it was designed by Ross & MacBeth, who took inspiration from their impressive surroundings, as well as Aberdeen's Fyvie Castle. There was a fair amount of architectural nuance included in their vision of a top-notch hotel, such as the conical-roofed towers and the Scots Baronial entrance. And they were so well respected within the local community that Ross is still quoted as being "the single most important person in moulding the city of Inverness, both socially and physically. He is responsible for a very high proportion of Inverness's churches, offices, public buildings, shops, tenements and villas". It's satisfying to know that his legacy lives on to this day and that his creations are still bringing so much joy to the visitors of his adored city.

As you'd expect from a property that's been popular with both locals and tourists alike for the last century, the hotel's storied biography doesn't end there.

This advertisement from 1892 is a wonderful snapshot of a unique period in time when holidays were by no means the norm, but were certainly growing in popularity among the middle classes. And how fantastic to see the building still looking much as it does today! 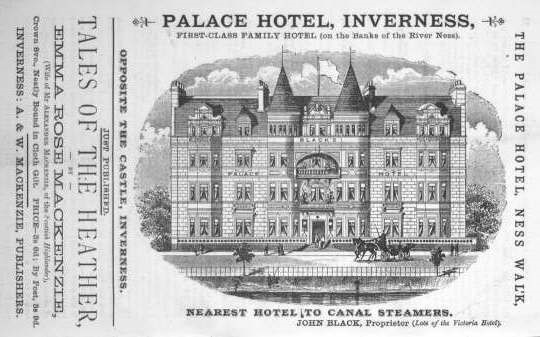 Just over 22 years later, however, Britain was embroiled in the First World War. The Palace Hotel made sure to play its part, being commandeered by personnel staff of the Royal Navy, based out of Invergordon on the Cromarty Firth. This photo captures the moment when two of the housekeeping staff took a sneak peek at one of the naval sentries on duty from the first floor balcony. 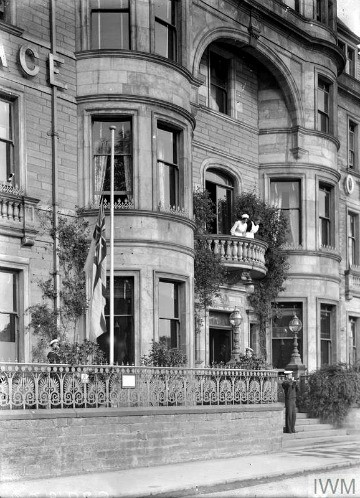 More recently, Inverness and the Highlands beyond have found further fame thanks to Diana Gabaldon's ' Outlander' series, which paints a colourful picture of the region shortly after the end of World War Two, as well as during the Jacobite rebellion of 1746; a time period which can be explored to your heart's content when you find yourself wandering the streets of Inverness and the Battlefield at nearby Culloden. And it's easy to feel like a time traveller yourself on a holiday based at the Palace Hotel. Whatever your historical interest, be it military, social or architectural, you'll be in your element here, and while it's often true that home is where the heart is, after so many months of travel restrictions and the promise of a stay that makes you feel like a welcome guest in someone else's family home, sometimes, there's no place like a hotel.

So, if you feel like getting to know the Inverness Palace Hotel for yourself and celebrating the long awaited 'Freedom Day' with a well-deserved break north of the border, you might be interested in our collection of holidays which include a stay at this sought-after establishment, which has recently been awarded a 4-Star rating to reflect the quality of the guest experience.