Tourism to the area now known as Yosemite National Park began in the 1860s, after the California Gold Rush had brought more people to the area who then went away and promoted its beauty. To protect the treatment of the area, the government declared it a National Park in October 1890. The park now encloses an incredible 761,268 acres (308,074 hectares) of beautiful rock formations, dramatic waterfalls and lush greenery. It is particularly celebrated for its biological diversity.

The park was declared a UNESCO World Heritage site in 1984, and now it attracts approximately 3.7 million visitors every year. Among the park's highlights is the Half Dome at the eastern end of Yosemite Valley, which peaks at 4,000 feet (1,219 metres) above the valley floor. Another popular attraction is El Capitan, a 3,000 feet (914 metre) vertical rock formation also in Yosemite Valley. It is very popular with rock climbers for its unusual shape; however it is also appreciated by those who like to keep their feet firmly on the ground! 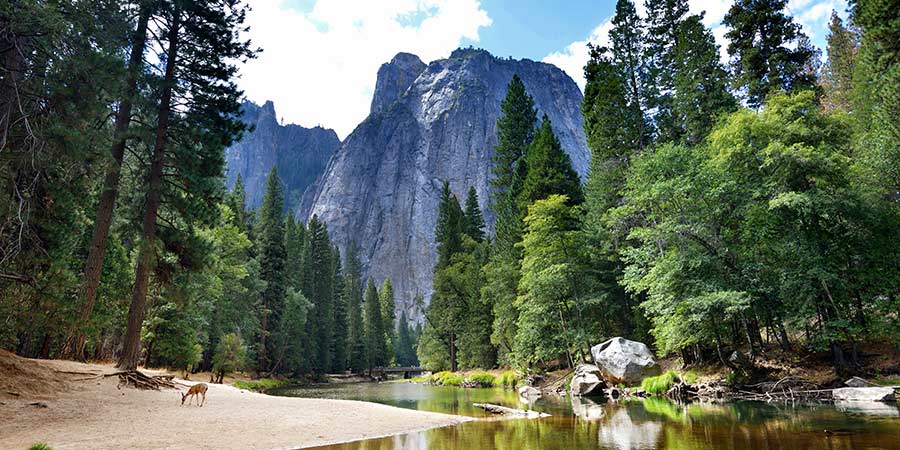