Lively Cork is officially Ireland's second city, though its fiercely proud inhabitants often call it "the real capital of Ireland". Their pride is understandable; the city's beautiful centre is surrounded by pretty waterways, creating an island of elegant Georgian streets and ornate architecture, as well as an authentic, narrow tangle of alleyways from the same era. These are packed with exciting shops, pubs, cafés and restaurants, along with some fantastic museums and monuments, making Cork a delight to explore. 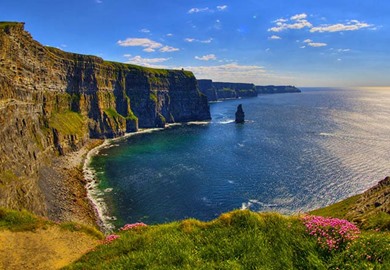 Dublin and the Enchanting Emerald Isle

“I thought the journey was excellent and good value. I loved all the travel and activities. The hotels were good on the whole and the food provided was better than I had expected I did not take either photos or videos so cannot answer the next question.
Collected by Trustpilot