Ideally situated in the heart of Southern France, between the Mediterranean and the Atlantic Ocean, the cosmopolitan and enthusiastic city of Toulouse is a delight to discover. Toulouse is often known as Ville Rose - the "Pink City" - due to its red-brick buildings, which seem to subtly change colour throughout the day. Toulouse was once a city that inspired medieval poets; today it has become a pioneering centre of technology and aerospace development. Toulouse is now home to Aérospatiale, the national Space Centre, the European shuttle programme, a selection of leading aeronautical schools, and a ground-breaking electronics industry. 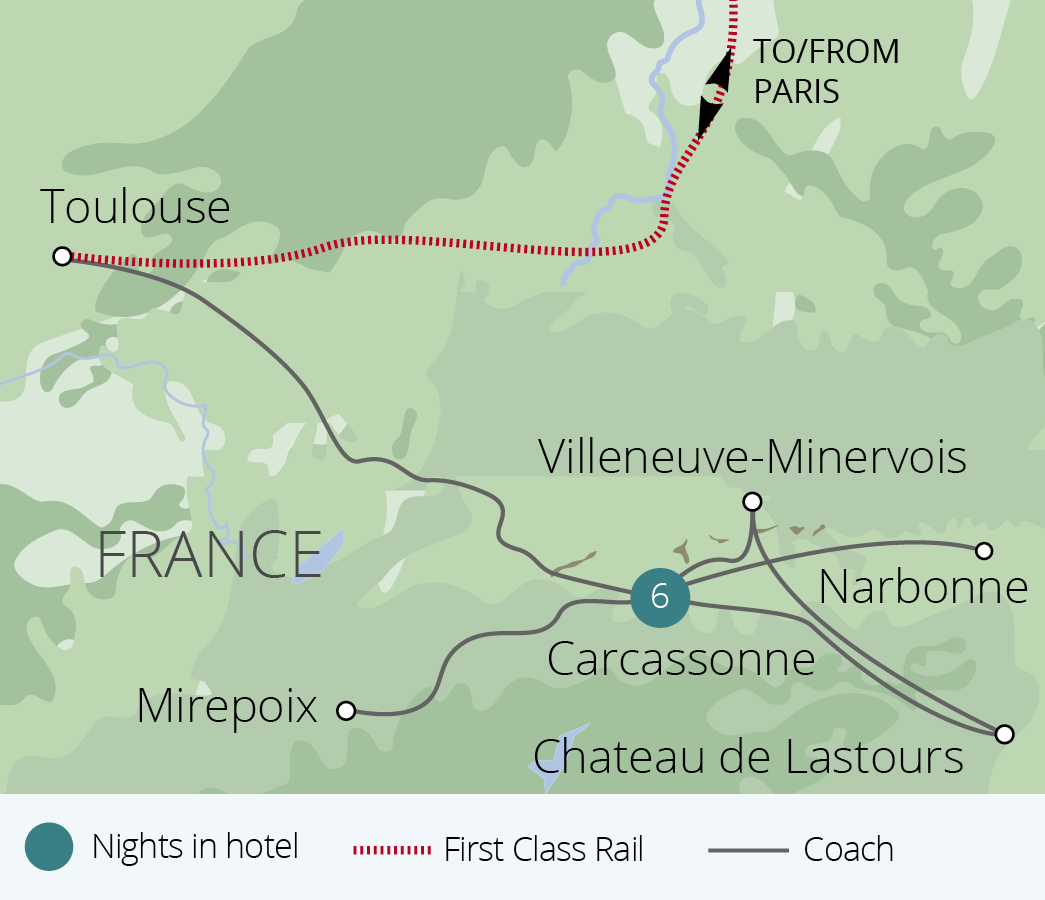 “This was a really enjoyable holiday for us. We found the train journey to be far more relaxing than air travel. The trips were varied and interesting and the guide was very in-tune with our group and dealt with a range of unforeseen circumstances with good humour and efficiency. The hotel was in a lovely location just by the river with a good view of Carcassone and the breakfasts were very good although being on the wrong side of 60 we did have problems working out how to manage the shower and the hot water generally in our bathroom. I would recommend this holiday.
Collected by Trustpilot