At the heart of the Netherlands, with a handsome whistling steam engine and attractive wooden carriages, the Medemblik Steam Train is a wonderfully nostalgic railroad which skirts coastlines, tulips and windmills on a pretty Dutch route. This heritage railroad was originally opened in 1887, and had operated up until 1941 before being closed down. Nowadays, the railroad operates as a heritage train and the livery is that of the cars of 1926, during the golden age of the Medemblik Steam Train 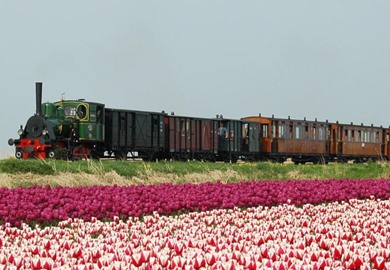 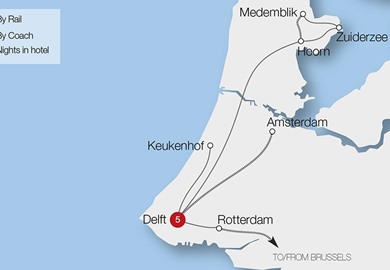 Steam Trains & Tulips of Holland
Mr L Willitt
“Overall the vacation was a very good and enjoyable one.Any bad experiences which occurred,such as a train door not opening and 5 members of our party unable to get off until the next station,were not the fault of G.R.J.staff.Hotel accommodation very comfortable and staff very friendly at all times.Would recommend to friends.