Originating in the historic market town of Dingwall in the Scottish Highlands, the single track Kyle of Lochalsh Railroad Line was begun in 1870 and took twenty-seven years to complete. A magnificent feat of engineering, the Kyle Line required the manual construction of twenty-nine separate bridges and the creation of cuttings through thirty-one sections of solid rock in order to traverse its mountainous setting.

Although neither privately owned nor a preserved heritage railroad, the  Kyle Line is an important and highly popular attraction for Highland visitors as its route passes among some of Scotland's most dramatic and spectacular natural landscapes.

A commuter train quite unlike any other

The train that makes the eighty-mile journey from Dingwall to the Kyle of Lochalsh is usually nothing grander than a standard 'Sprinter' of the sort that commuters take to work every day throughout Britain. The Kyle Line was intended to provide transport for the local people who live in the villages that line its route. On rare occasions, however, a steam train may take to the line.

Although the train itself is perfectly spacious, comfortable, and very rarely crowded, it is the ever-changing and unforgettable views from the window that make this particular rail journey so special. It has been described, with justification, as one of the world's most scenic routes.

Whether traveled in summer or winter, the continually unfolding tapestry of heather-clad hillsides, brooding snow-capped mountains, placid lochs and open meadows that pass by, occasionally punctuated by a remote castle or village, ensures that this trip is truly unmissable. 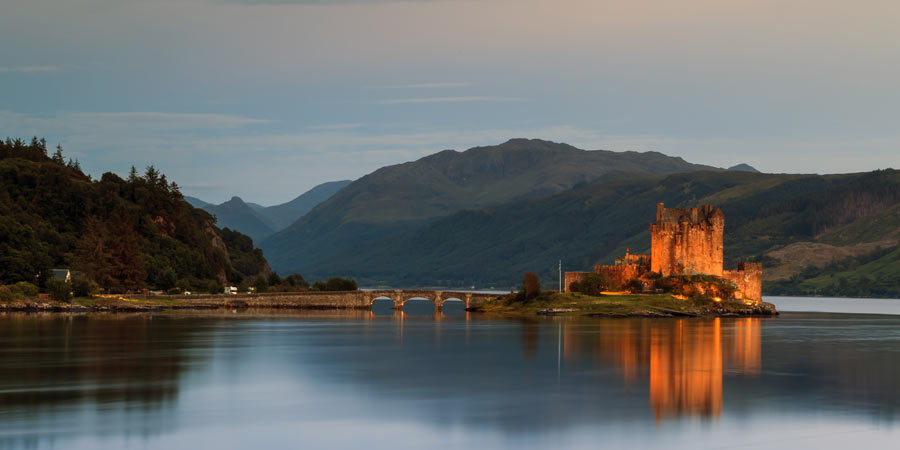 Heading west from Dingwall the Kyle Line serves a number of picturesque villages and hamlets along its route. Notable stops along the line include Achanalt, where the marshlands surrounding Loch Achanalt have been declared a Site of Special Scientific Interest and provide a habitat for several rare and interesting plant and bird species.

The beautiful Achnashellach Forest is reputedly the site of an historic battle between three Scottish clans, the Camerons, the Mackays and the Munros, which took place in 1505. Stromeferry was the original terminus of the railroad line from Dingwall. Passengers alighting here would travel onward by steam ferry to cross Loch Carron or journey to the Isle of Skye. Following the completion of the Kyle Line in 1897 the ferry service from Stromeferry was discontinued.

The railroad station at Duncraig serves Duncraig Castle, a stunning nineteenth-century mansion house that was built for Parliamentarian Sir Alexander Matheson. Today the castle is open to the public and operate as a Bed and Breakfast accommodation.

The scenic village of Plockton has regularly been used as a filming location for film and television including The Wicker Man and Hamish McBeth. An unusual feature of Plockton is its mild climate which encourages the growth of the Cordyline Australis palm tree. The pretty Kyle of Lochalsh on Scotland's north-western coast is now the gateway to the Isle of Skye. A village of whitewashed buildings, Lochalsh has an attractive and busy harbor, a collection of shops and a hotel. For many visitors, the village serves as a base from which to explore the awe-inspiring scenery that surrounds it.

The founders of the Kyle of Lochalsh Line raised the investment needed for its construction by proposing it as a faster means for the transportation of livestock and fish to market.

The signal box beside the line just outside the village of Plockton has been entirely rebuilt in the style of the original and is now available to rent as a vacation cottage.

Threatened with closure in 1963 under the rail reforms introduced by Dr Richard Beeching the Kyle Line gained a reprieve only to face the axe again in 1970. In 1974 it was saved once again and is currently safeguarded thanks to the efforts of a group of ardent rail enthusiasts known as the Friends of the Kyle Line. 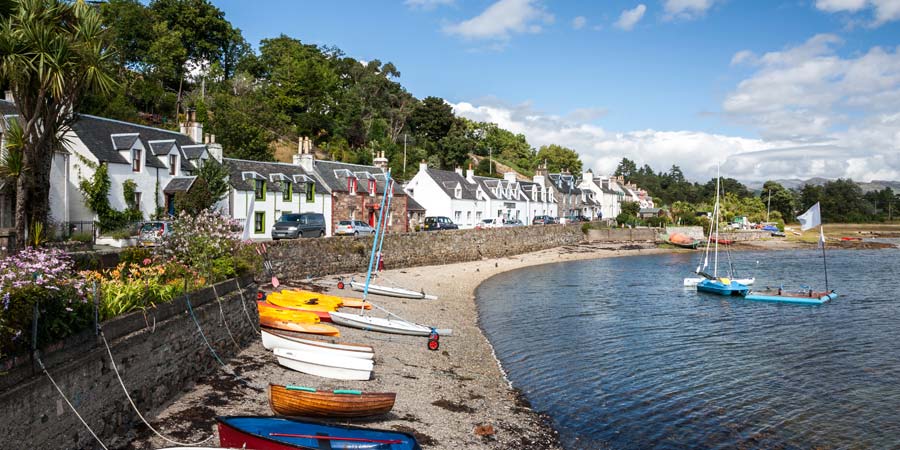