On overnight journeys, passengers usually enjoy accommodation in a Superliner Roomette, which are located on both the upper and lower levels of the double-decker carriages. Roomettes come equipped with two comfortable reclining seats, which convert to upper and lower berths at night and are next to a large window. Perfect for taking in the stunning views. Each cabin also comes with individual climate control and a fold down table, as well as fresh towels and complimentary bottled water. A WC, shower and washroom facilities are located at the end of each carriage. Some Amtrak trains also have a limited number of bedrooms, available at a supplement. These cabins come with a daytime sofa which converts into a wide lower-berth and comfortable upper-berth at night, and the added benefit of their own en-suite shower, washbasin and WC. Passengers traveling on some overnight sleeper services can enjoy a meal in the restaurant car, and many Amtrak trains also have lounge, dinette and café cars where passengers can purchase snacks, meals and beverages at leisure. 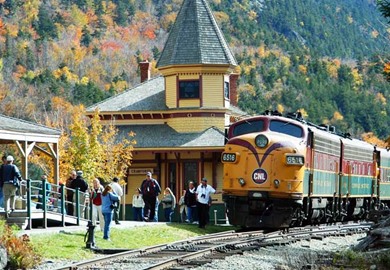 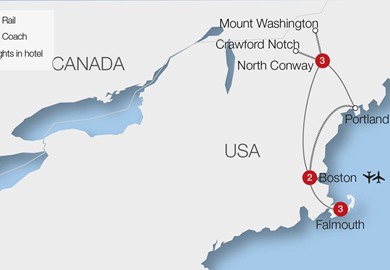 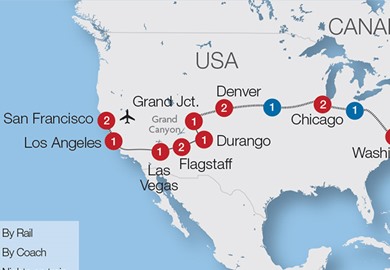 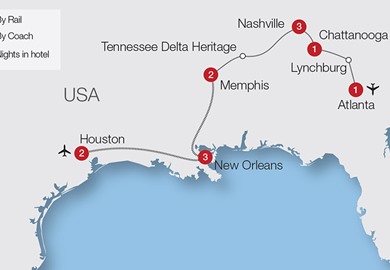 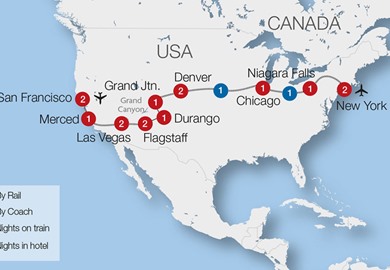 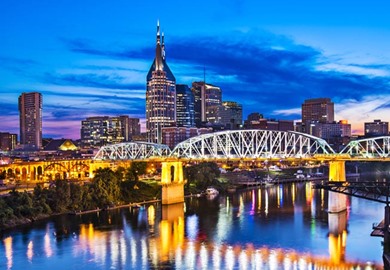 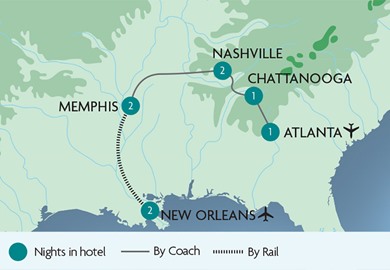 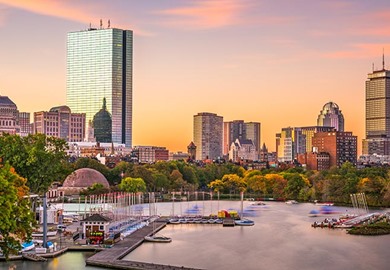 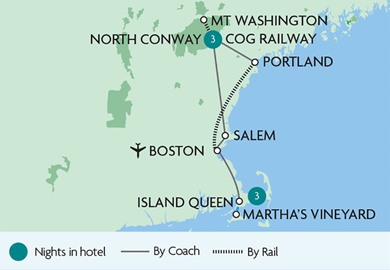 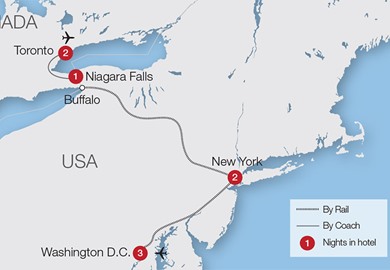 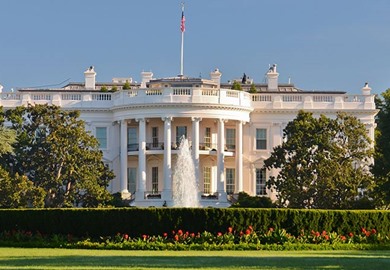 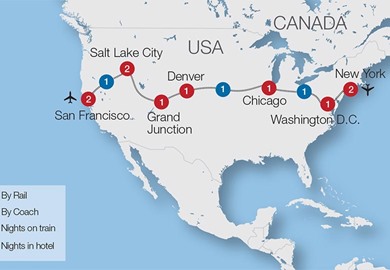 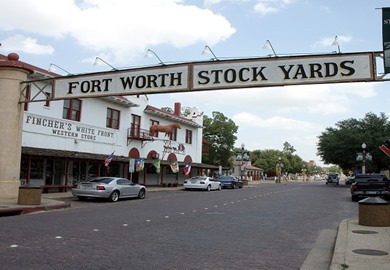 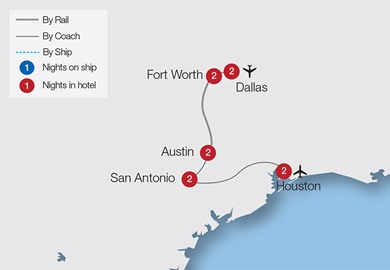 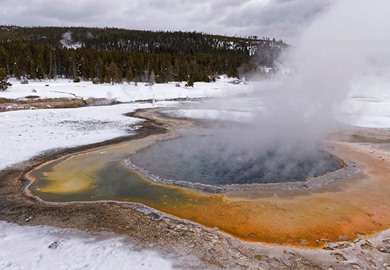 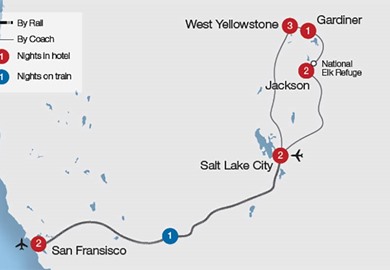 Map and accommodation
Our customers love our Amtrak tours
Powered by

Premium USA Coast to Coast
Mrs E Galsworthy
“wonderful vacation, excellent tour manager. good variety of trips.
The Trans-American Rail Tour
Mr J Cattigan
“It was exactly what we thought it would be and met all our needs. Travel was good, hotels excellent (apart from Niagara, which didn’t detract from the overall experience). Guide was excellent and what we saw was exceptional.
Tracks of the Deep South
Mrs S Kirk
“We thoroughly enjoyed Tracks of the Deep South. It certainly was action packed. We also met up with friends in Nashville on our free day. Our friends live just 50 mins out of Nashville
New England in the Fall
Anonymous
“In Falmouth the rooms were out of date, especially the electrics. The ceilings were very flimsy and we wondered what would happen if there was a fire.
USA Coast to Coast
Anonymous
“The vacation was well organised from start to finish . I knew from day to day what to expect, info on our day and time and where to meet

Coast Starlight Service
Amtrak's Coast Starlight is a daily service between Los Angeles and Seattle. The train journeys through the San Francisco Bay area and iconic US cities such as Santa Barbara, Sacramento and Portland on an enthralling journey along the stunning West Coast. Passengers on Great Rail Journeys tours will experience a small stretch of the route as we travel from LA to San Francisco. Traveling alongside the stunning Pacific Ocean, we are treated to an enticing backdrop of striking shorelines, rugged cliffs and pretty coastal towns as we enjoy the renowned comfort of this legendary train.

City of New Orleans Service
The City of New Orleans train serves a 926-mile route that connects the north and south of the United States, traveling between Chicago and New Orleans. We join the train for a section of the route from Memphis to the 'Big Easy', a trip which spans just under nine hours and traverses the heart of the Deep South. We pass through Greenwood before continuing to Jackson, a city with a rich musical heritage and which played an important role in the American Civil War and Civil Rights Movement. Continuing towards Louisiana, we pass beautiful landscapes of bayous, cypress trees and waterways, before arriving in New Orleans, a vibrant city famous for its historic French Quarter, streetcars and jazz music.

Downeaster Service
Named after the sailing vessels built by Maine's shipbuilders in Colonial times, the Downeaster service takes us on a 116-mile journey through New England, traveling from Boston North Station, Massachusetts, through beautiful countryside and rugged coastlines to Portland, Maine. Beginning at Boston, the train travels north, crossing the Massachusetts/New Hampshire state line. New Hampshire is one of the original thirteen states that founded the United States of America in 1776 and is full of historic colonial cities such our first stop, Exeter, which dates back to 1638. From here we continue towards the Atlantic Coast, following the striking New England shoreline. The train makes an impressive crossing over the Scarborough River before finally arriving at our final destination of Portland.