The older parts of La Rochelle are a real pleasure to explore on foot, either by strolling through the Old Harbor, which is lined with seafood restaurants, or by wandering into the historical center to see the unique architecture, including medieval buildings, Renaissance houses and 18th century residences. Throughout the older parts of La Rochelle you can see evidence of the wealth that trade with the New World brought to the city - it is hard to miss the noble town mansions which belonged to ship owners. 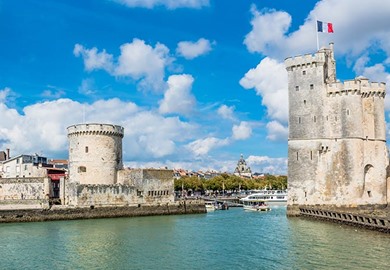 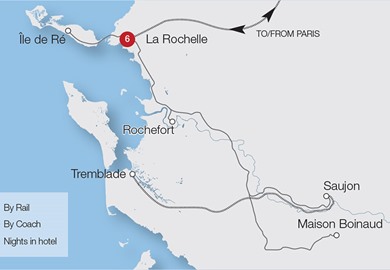 Among La Rochelle's top attractions is the Renaissance Town Hall, which is one of the true symbols of the city's history and is protected by a huge Gothic wall. Another of the most recognisable landmarks are the three defensive towers that guard the Old Harbor. The medieval towers were built during the turbulent period when the French and English were fighting for control of La Rochelle and the region. It is possible to climb the towers - there are quite a few steps but it is well-worth the exertion.