Jenbach is a small town in the Tyrol region of Austria lying just south of Lake Achensee, known mainly as a way station for several railroads: the Zillertalbahn, Achenseebahn cog railroad and the Österreichische Bundesbahnen (ÖBB). The town is surrounded by beautiful scenery and a plethora of walking trails. Many little shops, bars, restaurants and cafés line the streets of Jenbach.

In the 15th century, Jenbach experienced a great economic upturn, seemingly mainly for mining. The first railroad here in the town was a basic one from the mine in 1882. Yet mining took a downturn in the town following the First World War, when Jenbach passed into the possession of the Republic of Austria. For a relatively small town, it became quite a large railroad center, and is the only railroad station in all of Austria that has all three gauges running through it. 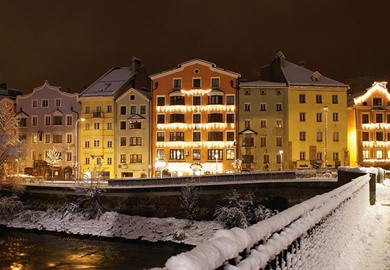