An Impression of the Seine (Rail and Cruise)

My wife and I were lucky enough to experience The Impression of the Seine Rail and Cruise tour in September this year with Great Rail Journeys, and it will leave a life-long lasting impression on us and anyone else with a love of travel.

From cruising along the mirror-like Seine aboard MS Renoir with its amazing crew, finding out more about the world of the Impressionist artists and the lives they lived, exploring the cities of Paris, Rouen, Giverny and Honfluer, and visiting the soul-touching WWII landing beaches, to simply relaxing on the top deck with a glass of wine in your hand - this river cruise was pure magic!

There are quite a few elements to this cruise that make it special, and one of them is the great people you'll meet on board, some of whom will likely become lifelong friends. The freedom style dining creates a platform to really get to know your fellow explorers and share stories about travel and life in general. It was fascinating to just sit and listen.

Other highlights to mention are:

After our journey to Paris on the Eurostar, we transferred to our ship, MS Renoir. We had a bit of time to relax, chat and have a drink or two before dinner. We were also docked right near the Eifel Tower - just superb! 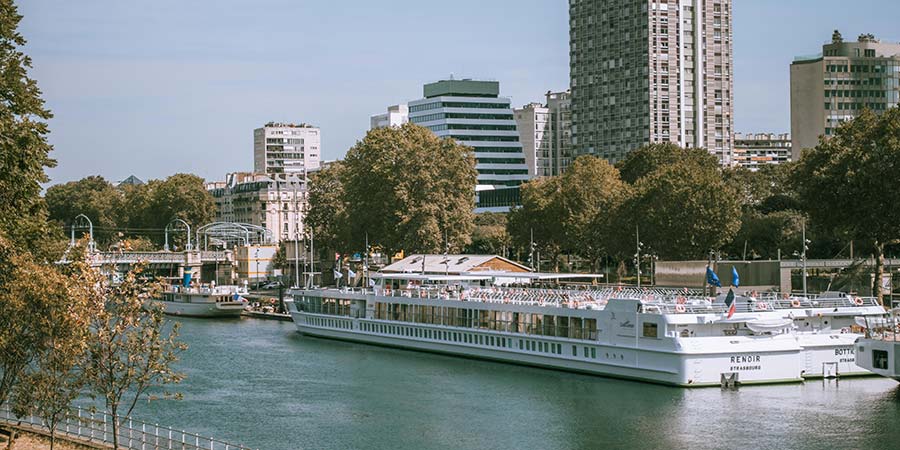 The tour of Paris:

The next morning, we were off on a guided tour of beautiful Paris. It's such a breath-taking place! We also got to enjoy a night cruise as we sailed along the Seine to Rouen, which was spectacular. 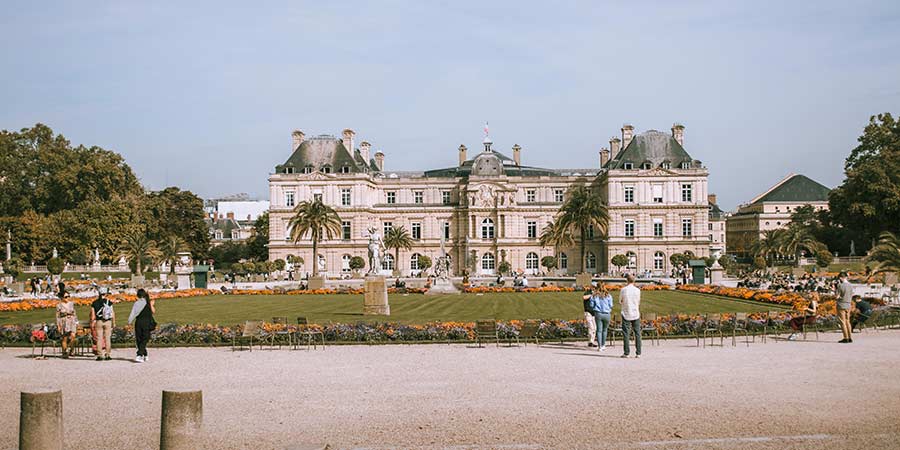 The tour of Rouen and the museum of fine arts:

Rouen is the former capital of Normandy and is where you'll get to re-trace the footsteps of the Impressionists themselves. One of the stops we made was The Museum of Fine Arts with its impressive collection of Impressionist artworks. We also made a stop at Rouen Cathedral, which was truly impressive and was chosen by Claude Monet to be the subject of one of his best works. I don't know that much about art, but I left with a greater appreciation for it and the lives of the artists. 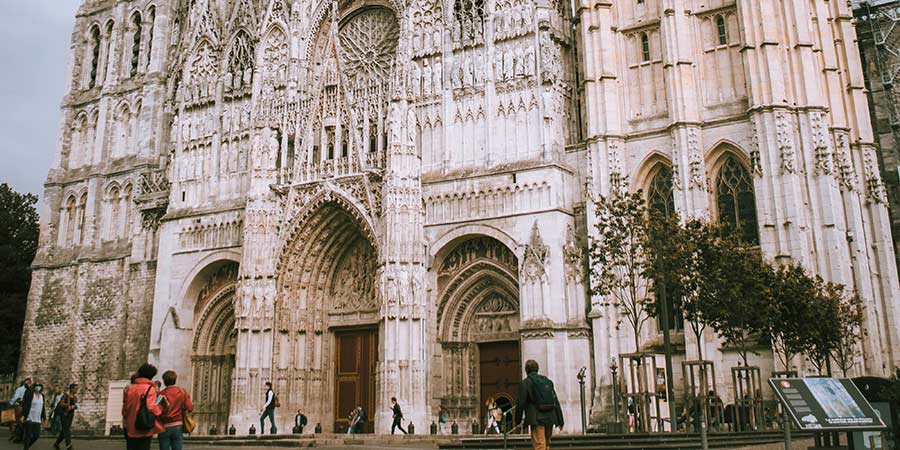 The option of Giverny or Versailles:

The next day, we cruised to Giverny and were treated to an expert talk on board about the definition of Impressionism - which again helped my understanding of it all as we took a closer look at the lives and work of some of the best-known Impressionist artists, such as Monet, Renoir, Pissarro, Sisley and Degas. I found it fascinating and it in turn meant that I was much more aware of what I was looking at when we visited the Museum of Fine Art!

During the day, we had the choice of either visiting the Monet Gardens (the inspiration of his famous Water Lilies) or the Palace of Versailles. We opted instead to head out on our own and explore the town of Poissy. 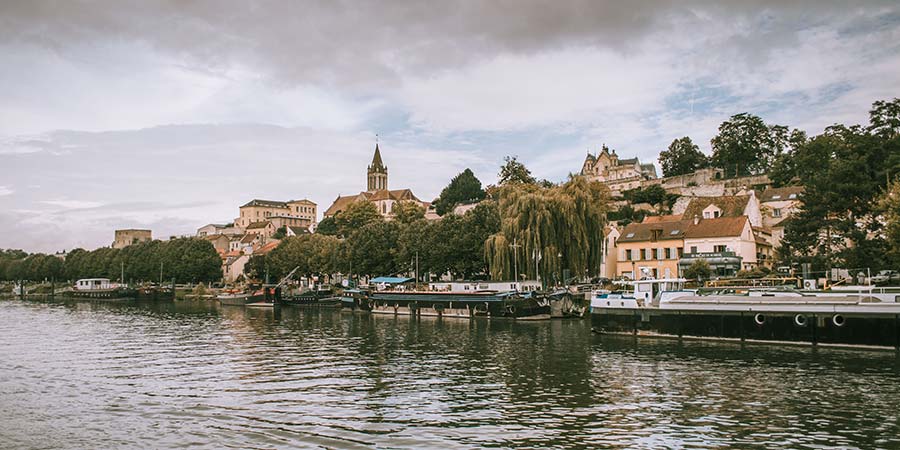 Duclair and The Route des Abbayes:

Next up, we were off to Duclair - the landscapes were breathtaking. We then went on a guided excursion along the Route des Abbayes, exploring the abbeys that line the route of the river by coach. Taking in the atmosphere of abbeys built in the 5th century onwards and visiting a chapel where the resident monks have taken a vow of silence was something I'll never forget.

Tour Honfleur or discover the beaches of WWII

The charming port town of Honfleur is located on the southern bank of the Seine Estuary in the Calvados region of France, a place famous for its apple brandy. The marina - the 'Vieux Bassin Honfleur' - is home to a number of preserved traditional buildings, once an important influence for the work of many artists, including Monet, Courbet and Boudin.

We opted for an excursion to the WWII landing beaches and they didn't disappoint. After the guided tour and re-cap on the history of WWII, we visited two of the five D-Day landing sites, Gold and Juno Beaches. We then visited the newly built (2019) British and Canadian memorial. It was emotional to say the least.

We then had a bit of free time before the captain's gala dinner, which really was the cherry on top of a great holiday. 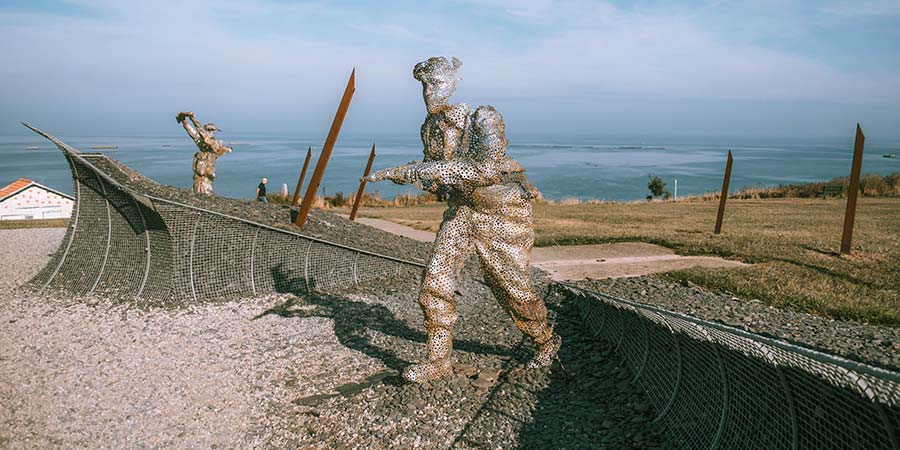 All in all, we had a fantastic time and highly recommend doing this tour through Great Rail Journeys.

Five Unforgettable Experiences in Europe for 2022

Our new range of European small group tours take you beyond the well-trodden path, with a host of unforgettable experiences guaranteed to create lasting memories.

The world’s most festive drinks, and how to make them!

If there was ever a time to eat, drink and be merry, then it’s the holiday season for sure.