In this series, we will look at some of the most romantic cities in the world and how they earned the title. From Paris to Marrakech, love-locks to gondolas - love makes the world go round and we're going round the world looking for love.

The romance of the impossible city built in the middle of a lagoon in the Adriatic Sea is undeniable. The vast beauty of Venezia (as Venetians call their city) makes it the perfect place for romance. It's almost impossible not to fall for this city with its narrow waterways, glistening spires and winding streets provide the perfect backdrop for falling in love. Venice holidays by train are magical from the beginning, the railway line runs across the lagoon and Venice slowly appears out of the water. Arriving in Venice by train, holidays begin with the romance of train travel and continue with the romance of Venice. 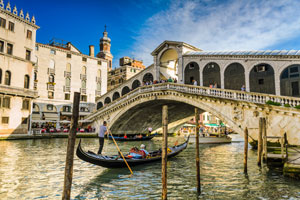 When you first arrive in Venice, it's best to set aside the first day or two for exploring the city. Many tourists arrive with a checklist of sights to see, most commonly these will include the Piazzo San Marco, Rialto Bridge and the ubiquitous gondola ride. While these sights are all breath-taking, they are best avoided during the day due to the huge crowds they draw. The best time to visit the Rialto Bridge or the Piazzo San Marco is very early in the morning, before the majority of tourists have left their hotels. The reward for rising this early greatly outweighs the early start. Experiencing the beautiful streets of Venice devoid of the usual mass of tourists is magical. The Rialto Bridge at sunrise is surely one of the most beautiful, romantic sights in Italy. Take a Vaporetto ride under the bridge, at the right time of year there will be mist suspended over the city and its waterways. This mist allows the beautiful, deserted bridge to appear as you sail towards it, then fades gently into the mist as you leave it behind. 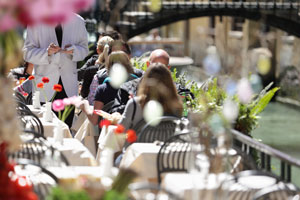 As mentioned above, the beauty of Venice can get a little lost in the crowds. To get a real sense of the city it's best to andare in giro ('to wander about'), with no destination in mind. Part of the romance of the streets is wandering to the end of a calle, only to find it abruptly cuts off into a canal. It's advisable to forgo the expensive gondola rides you'll find dotted around the city, and instead find a pretty waterside café to watch them drift past. A wonderful spot to do this is on the Rio del Miracoli, near the beautiful Chiesa di Santa Maria dei Miracoli. Head north from the Rialto Bridge on the San Marco side, towards the Calle Miracoli. Once you reach the church take the street which runs along the right side, and follow it around the back of the church to the left. Cross the bridge into a small piazza and a small café on the canal. From here you can enjoy some gelato, or an Aperol Sprits, and watch the gondolas drift by. 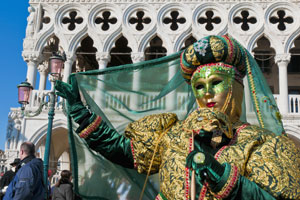 Over the centuries Venice has spawned an impressive array of myths, legends and magical stories. Everyone knows the tale of Casanova and the mystery of Venice's Masked Balls. A lesser known love story is that of a Venetian fisherman who fell in love with a mermaid. He caught the mermaid in his nets, they fell in love and would go out fishing together every night. The mermaid would help the fisherman fill his nets with the best fish. They got married and had three children, but the story tells us the mermaid was cursed and once a week she would turn into a sea serpent. She hid this from her husband. Sadly the mermaid fell ill and died, but would still return to their house every night to cook and clean for her family, in the guise of a sea serpent. One night the fisherman returned home early to find the sea serpent in the house. Not realising this was in fact his wife returned from the dead, he killed it, only then did he realise it was his beloved wife. To commemorate this sad love story, a stone heart was placed outside their home.

Today, it is believed that lovers who touch this stone will have everlasting love and upon touching the stone those who are alone will soon find love. If you want to visit this icon of romance for yourselves, head to Castellio and the church of San Giovanni in Bragora. Look for one of the shortest porticos in Venice and with a little luck you'll stumble upon Sotoportego dei Preti, the small street where you'll find this romantic icon.

Venice captures the hearts of lovers who visit the city, countless marriage proposals have been made in the impossible city. Capture the magic of La Serinissima for yourselves with holidays to Venice by train, from Great Rail Journeys.

Discover the mythical tale of a villainous Plantagenet legend and a King found under a Leicestershire car park after 500 years at Smithsonian’s 12th Best New Attraction in the World; the Richard III Experience