Rather than unifying those who lived around it during the early stages of history, the river has rather acted like a dividing line between countries, often being used as a defensive dividing line and a natural boarder.

Possibly the most famous part of the river is the Mekong River Delta, known in Vietnamese as the 'Đồng bằng Sông Cửu Long' ('Nine Dragon river delta') where it meets the South China Sea. Places of this vast delta are yet unexplored, and here, you can find an incredible amount of animal species, including the Laotian rock rat, which people previously believed to be extinct. It is also on the Mekong Delta where you can find a range of floating markets including Cai Rang. Buzzing and vibrant, these places are famed for their incredible amounts of fresh fruit and vegetables, traditional Vietnamese foods served from the boats, and crafts. Of course, these markets start at around 5am and end at around 10am, so an early start is a must.

Highlights of the Mekong River

Once acting as a dividing line between countries, the Mekong River in South East Asia is a must-visit. Now, the river is a popular tourist destination, especially the Mekong River Delta, known as the 'Nine Dragon River Delta'. Along the banks you can find several floating markets such as Cai Rang and Cai Be, famed for their traditional Vietnamese food and a range of exotic fruit and vegetables. 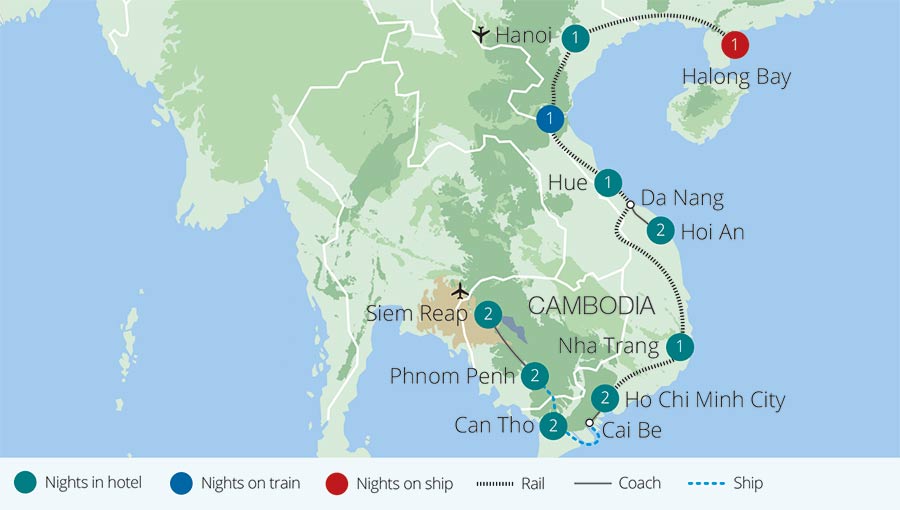