Boasting the accolade of the biggest river in the Indian Subcontinent and third largest in the world in terms of water flow, the Ganges is a vast body of water that is an integral part of its surroundings. Local economy, environment and farming benefit hugely from the mighty waters; the fertile soil surrounding the river is used to grow important crops including rice, potatoes, lentils and wheat, and the river is home to endangered species including fresh water dolphins and Ganges sharks.

Perhaps most important is the rich and symbolic culture that surrounds the Ganges. In Hindu belief, the Ganges is heaven-sent, and is personified and worshipped as the Goddess Ganga. Many of the cities that lie along its banks are sacred pilgrimage sites, namely Varanasi, or the 'Eternal City', which attracts thousands of pilgrims each year and is one of the world's oldest continuously inhabited cities. Hindu's flock to the riverbanks here in their multitudes to engage in ritual bathing, believing that the sacred powers the waters possess can purify the soul and heal the body. Belief dictates that even one drop of the water of the Ganges is sacred, and people travel from far and wide to collect water, after which it is used in communities throughout India in religious rituals and blessings. Offerings are often left to the Goddess Ganga, and along its course, it is not unusual to see flowers and rose petals floating gently through the waters.

Highlights of the River Ganges

The third largest river in the world, the Ganges plays an integral role in India, aiding the local economy, environment, and agriculture; the fertile soil on the banks of the river is aided by the water to help grow crops including potatoes, rice, lentils, and wheat.

The River Ganges is also an important part of Hindu belief, as the river is personified and worshiped as the Goddess Ganga. The cities along the banks are also sacred pilgrimage sites. The Ganges plays an important role in local bathing rituals, as many believe that the powers of the water can heal the body and purify the soul. 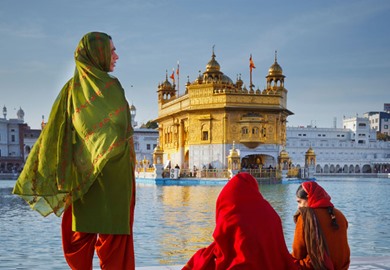 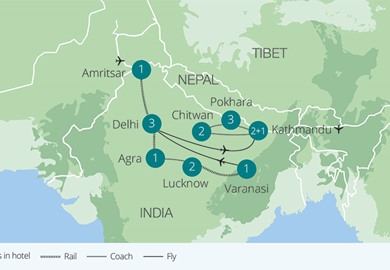