The charming city of Passau on the border of Germany and Austria straddles the confluence of three rivers: the Danube, Inn and Ilz. The waterways are celebrated here as the source of wealth, for they brought 'white gold' in the form of salt. Passau was part of the Roman Empire for more than 400 years and later an Episcopal seat in 739 AD, becoming an independent Prince Bishopric for over 600 years. It was not until 1803 that Passau was annexed into Bavaria.

Passau is known today for its historic architecture, university, location at three rivers and as the last train station before Austria. In the heart of the city, the Old Town's Cathedral - St. Stephan's, home to the world's largest cathedral organ sounds - rises dramatically overlooking the city. The setting of the Old Town, constructed by Italian Baroque masters in the 17th century, is filled with soaring towers, picturesque landscapes, enchanting promenades and winding alleyways. 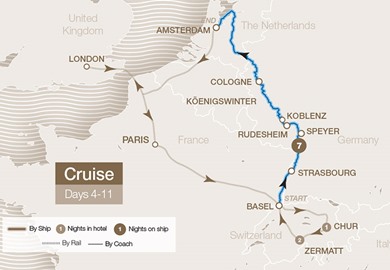 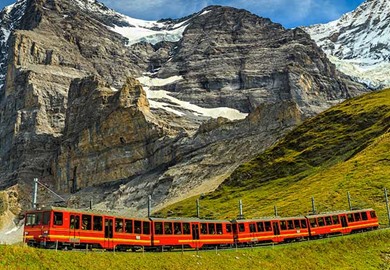 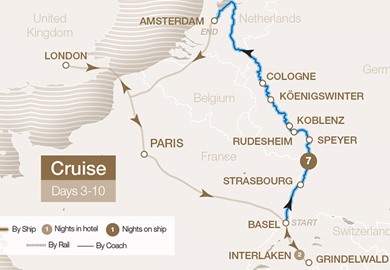 Map and accommodation
Our customers love our Passau tours
Powered by

Sailing along the rivers of Europe is the perfect way to enjoy a leisurely tour and discovering the wonders of every destination at the same time.

River cruising is becoming one of the most popular tour choices, particularly for leisurely travellers over 60, offering a scenic escape with some wonderful perks. Today we’re exploring why the river cruise has become so popular in recent years, and whether it might just be the right tour for you.