Set in a 1,000-acre (405-hectare) estate in the rolling Howardian Hills Area of Outstanding Natural Beauty, the iconic Castle Howard is one of England's best-loved stately homes. It was built for the 3rd Earl of Carlisle, who commissioned his friend Sir John Vanbrugh to design the stately home. Vanbrugh had no previous experience as an architect or designer - in fact, he was best known as a playwright.

To help with the huge task facing him, Vanbrugh hired Nicholas Hawksmoor, an assistant of Christopher Wren. Between them, they designed the breathtaking Baroque building, including its famous dome, which was surprisingly only a last-minute addition after construction had begun. The main house was built between 1699 and 1712, and has been continuously inhabited by the Howard family ever since; the Hon. Simon Howard currently lives here. 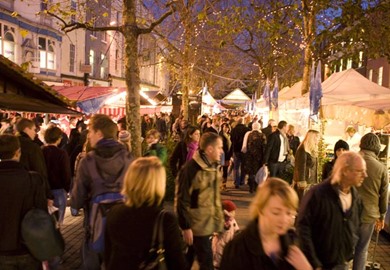 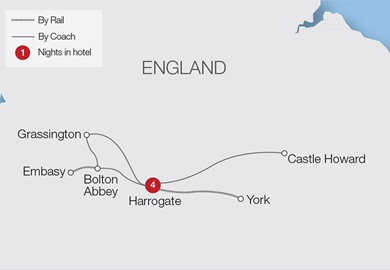 The whole estate is home to more than 200 buildings, most of which were completed by 1725. There is the impressive Temple of the Four Winds and the family's lavish mausoleum, both clearly visible from the house's entrance.

The entire estate is a thriving rural community with many active, traditional pursuits such as farming and forestry. Castle Howard opened to the public in 1952, and has always been popular with visitors. It is probably best known for its 'role' in the 1981 TV adaptation of 'Brideshead Revisited', and was also the setting for the 2008 film of the same name. With a total of 145 rooms in the main building, Castle Howard is one of England's largest country houses.