Since Roman times the beautiful city of Bath in the English county of Somerset has been revered for the health-giving properties of its natural hot springs. As the fashion for holidaying in spa resorts reached its height during the Georgian era between 1714 and 1830, Bath holidays became popular with people at every level of society, and as a result the city's population grew from two thousand to thirty thousand within a century. 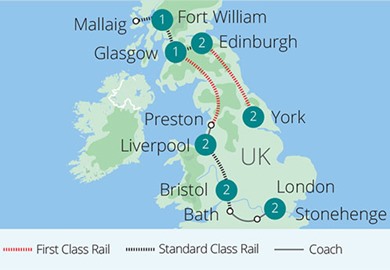 “There was just a little too much UK in 14 days. I looked forward to visitng Glasgow, but arriving n the evenimg and departing the next mornng diddn't give much time to do that.
Collected by Great Rail Journeys

Today, however, holidays to Bath offer visitors much more than the opportunity to relax and unwind in a spa. This popular UK short break destination is a UNESCO World Heritage site and boasts a magnificent architectural heritage, a wealth of cultural and recreational activities, many historic landmarks and an abundance of excellent and eclectic shops, bars and restaurants.

Set within the naturally scenic area of the River Avon valley and surrounded by hills, Bath holidays allow visitors both to journey through and admire the timeless beauty of an unspoilt British landscape and to discover the many attractions of one of England's most romantic and best-loved spa resorts. 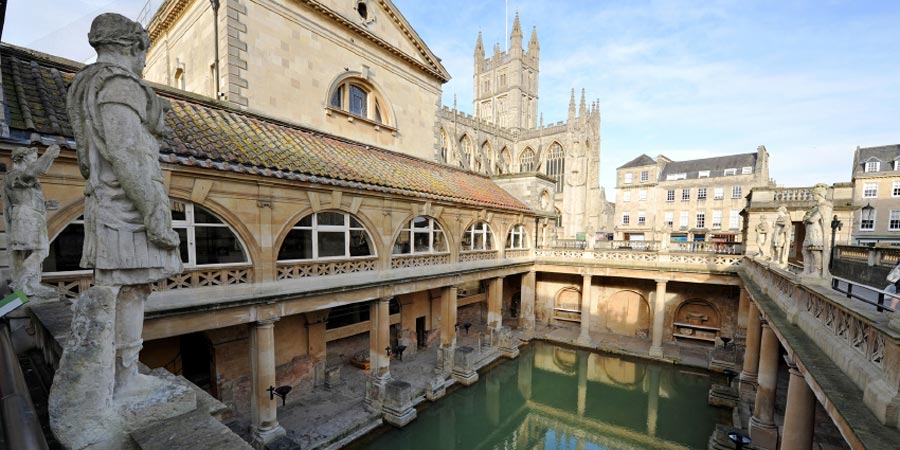 Designed as a meeting-place by the eminent local architect John Wood in the eighteenth century, this pretty square has an obelisk at its centre and is surrounded by houses of fine Georgian architecture.