Split is the second largest city in Croatia, with just under 200,000 inhabitants, and is the largest city on the Adriatic coast. Emerging from a Greek settlement founded between the 3rd and 4th centuries, the height of Split's history came in 295 AD when Roman emperor Diocletian ordered a residence to be built there for his retirement. It took ten years to build this magnificent palace and Diocletian lived there until his death in 313 AD. Diocletian's Palace holds UNESCO World Heritage Status, and is one of the most important landmarks in Split.

Within the palace is the Peristyle - the main open space in the palace, surrounded by a colonnade of six columns to the eastern and western sides and an arch, decorated with garlands, in the centre. On the eastern side of the Peristyle is a cathedral, on the western side a Narodni trg ("People's Square") with the old town hall that was built in the 15th century. There is an ethnographic museum on the square that is worth visiting, and nearby is a city museum. 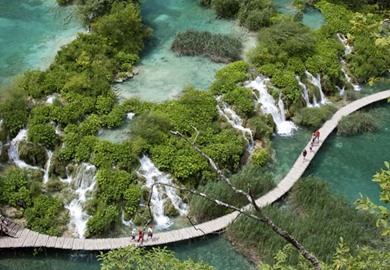 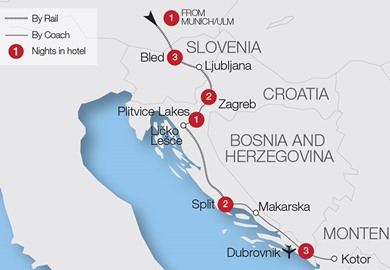 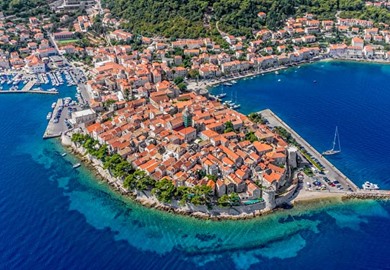 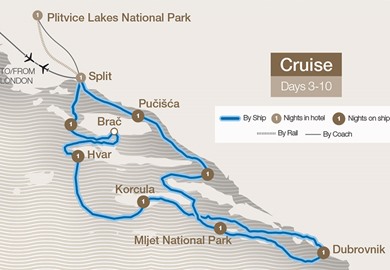 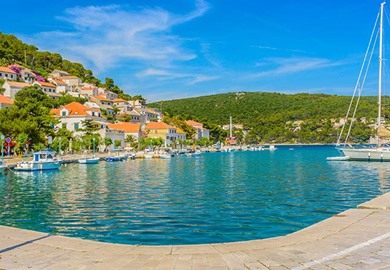 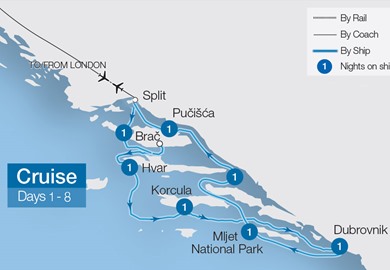 Map and accommodation
Our customers love our Split tours
Powered by

Don't miss a remarkable statue of Grgur Ninski (Gregory of Nin) - a Croatian religious leader from the 10th century - by the most famous Croatian sculptor, Ivan Meštrovic. There are some fascinating museums in Split, including the Maritime Museum; the Museum of Croatian Archaeological Monuments; the Museum of Croatia; and the Meštrovic Gallery - housed in his summer residence - completed in 1939 and designed by Meštrovic himself.

Perhaps the most famous of the Splicani is 2001 Wimbledon Champion Goran Ivanisevic, who remains a resident of the city. Today, Split is a busy port, with an international airport and regular ferry services with the nearby islands, the north and south Adriatic, Italy and Greece. The merchant and passenger ships of the Split shipyards may be encountered in almost all the seas of the world. The fertile fields around Split represent a good base for agriculture, while cultural monuments, superb landscapes and unparalleled seascapes make it a tourist's wonderland. Split is also a university seat and host to numerous scientific institutions.