We enjoy a journey on the narrow-gauge Zugspitze Railroad on some of our tours. The line takes us from the charming Bavarian town of Garmisch-Partenkirchen on an 11-mile journey to the peak of Germany's highest mountain - overcoming a height difference of 2,897ft.

From the base of the mountain, the scenery becomes ever-more dramatic, with the spiky, snow-covered peaks towering over dense patches of woodland below. After pausing at Eibsee station, our journey continues into the mountains, using a series of wide curves to gain height. Zugspitze Railroad then passes through Höllental or 'Hell Valley' named for its dramatic slopes and narrow gorge that made climbing the mountain difficult. We then run through an area thick with pine trees before disappearing onto a long tunnel built to protect the railroad from the most extreme weather. We emerge near the summit of Zugspitze, where the views out over Bavaria and Austria are incredible. 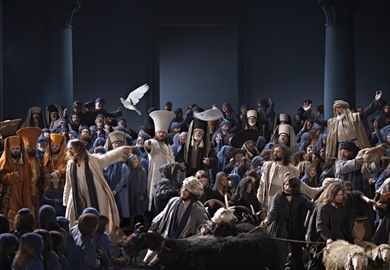 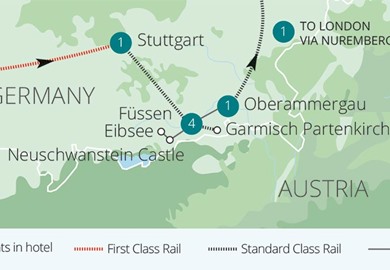