With a line from Vitznau and a line from Arth both running to the summit of Mount Rigi, the Mount Rigi Mountain Railroad is one of the world's only mountain railroads with multiple branches. The Vitznau branch was the first stretch - in fact it was the first mountain railroad in Europe, with services beginning in 1871. Whilst this railroad proved popular, it was not easy to access from the other approach to the mountain, and it was decided that there should be another line from Arth. Construction on this stretch was swift, and trains began running to the summit in 1873.

Each line affords wonderful panoramas over the Alps in their short run (just less than five miles) to the summit. Today, the Mount Rigi Mountain Railroad is diesel-hauled, having been electrified as early as 1906. However, on rare special occasions, the original steam engines are used to make the journey. 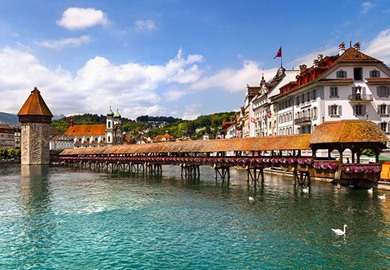 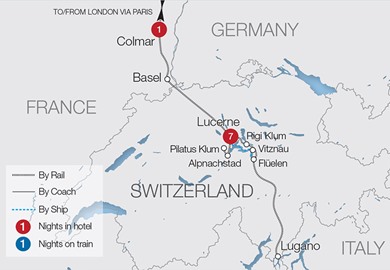