The capital city of Slovakia is located in the foothills of the Carpathian Mountains at the geographical center of Europe. Bratislava straddles the River Danube, which neatly divides the city into two parts; the old town (Stare Mesto) and the new city. After four decades of Communist Party rule, which ended with the Velvet Revolution in 1989, Bratislava has undergone a gradual cultural renaissance, emerging as an eastern European hotspot. 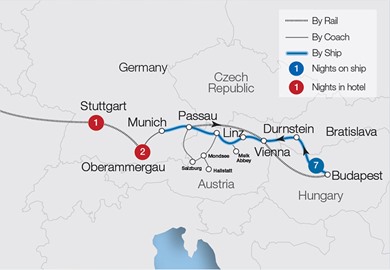 Bratislava Castle, which overlooks the city, was once the center of the Austro-Hungarian Empire. Built by King Sigismund in the 15th century, and again by Empress Maria Theresa in the 18th century, the castle was accidentally burnt down by its own garrison of drunk Austrian soldiers in 1811.