The Royal Windsor Steam Express takes us from London Waterloo to Windsor in steam-hauled carriages. On its way, it passes several famous landmarks including the London Eye and the Houses of Parliament. Steaming alongside the River Thames, as well as several reservoirs and lakes, we reach Windsor's Eton Riverside Station, designated a royal station by London & South Western Railway. The route has been meticulously planned to ensure we get the best views of the English countryside while indulging in some of the scrumptious on-board delicacies. 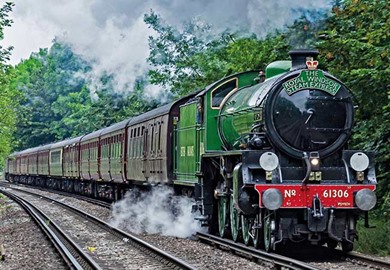 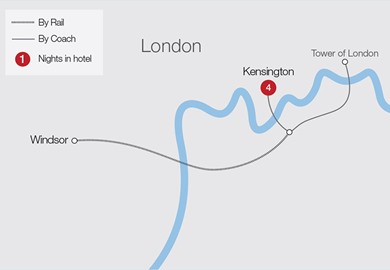