One of Britain's best-loved and most scenic train lines, the iconic Settle-Carlisle Railway is a lasting monument to the skill and dedication of Victorian railway engineers. Begun in 1869, construction of the seventy-three mile long railway was undertaken almost entirely by hand and took seven years to complete as workers strived to surmount the physical challenges presented by the unforgiving landscape.

Opened in 1875, the Settle to Carlisle line was opened in order to supply goods from industrial Leeds to the boarders of Scotland. Passing through some of the most beautiful scenery that England has to offer, including the Yorkshire Dales, the Pennines, and the gorgeous verdant countryside that epitomes Cumbria.

The line was initially run by both the London North Western Railway and the Midland Railway, after two lines run by the companies connected in Ingleton, it was nationalised in 1948. Although many of the original stations along the route have since closed, and the threat of closure loomed close in the latter half of the 20th century, the line has continued to run. Now, it serves as a goods line, a commuter line, and an incredibly popular tourism line. This is thanks to the steam services that run along the line, as well as the incredibly beautiful scenery that the line passes through.

The Settle-Carlisle Railway takes in some of England's finest countryside, passing through the Yorkshire Dales and entering the county of Cumbria.

Starting in Settle, a quaint market town in North Yorkshire, the line winds its way through the Dales, famous for its rolling countryside and fields bordered by limestone walls. Passing through Ribblehead and by the famed Yorkshire Three Peaks, the train continues over the Pennines to the west of England, where it continues into Cumbria. Finally, the train comes into Carlisle, and the beautiful early-Victorian Carlisle Railway Station.

One of the most undoubtedly lovely sections of the journey is the stretch through the Yorkshire Dales, as the train passes over the famed Ribblehead Viaduct. Opened in 1875 for the sole purpose to be used by the line, this beautiful limestone structure is the longest viaduct (402 metres) on the Settle-Carlisle Railway, and passes over the boggy marshland located under the shadow of Whernside.

The line requires 14 tunnels and 22 viaducts to get to its destination, and the longest tunnel is Blea Moor, which runs for 2,404 meters under the eponymous Blea Moor in Cumbria. 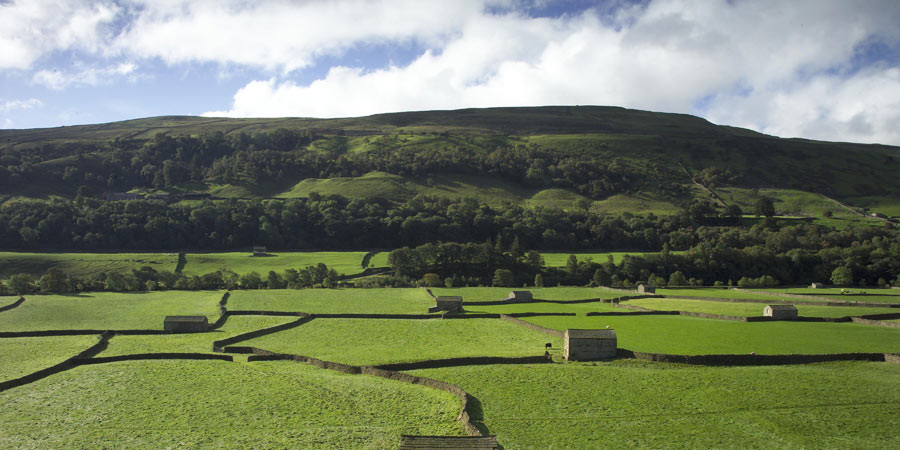 On some of our tours we begin in Leeds, where our journey takes us through Airedale and the towns of Shipley and Saltaire, the latter being famous for the huge Salts Mill, which today houses a large collection of paintings by the Bradford-born artist David Hockney. From Saltaire we travel to Keighley, home of the Keighley & Worth Valley Railway and then to the North Yorkshire market town of Skipton.

On leaving Skipton, the train begins a gradual 15 mile (24 km) climb and stops in Settle, the starting point of our journey on some tours. We then continue along a narrow valley into the Yorkshire Dales National Park. As the valley broadens and the landscape becomes wilder, we enjoy views of two of the Three Peaks - Pen-y-Ghent and Ingleborough - before reaching the most famous landmark the route: the magnificent 24-arched Ribblehead Viaduct.

The train's 15 mile climb comes to an end as we enter Blea Moor Tunnel and continue across the Dent Head Viaduct. We catch a glimpse of the Whernside, the third of the Three Peaks as we travel towards Dent, the highest mainline station in England at 1,150 feet (350 metres). From Dent we travel to Garsdale, once a junction with the Wensleydale Railway to Northallerton, and then across the Moorcock Viaduct.

We leave the Yorkshire Dales National Park behind and continue along the Settle-Carlisle Railway through Cumbria and the rolling hills of the Eden Valley to the towns of Kirkby Stephen and Appleby, our final destination.

The train continues, via the Blea Moor Tunnel and the Dent Head Viaduct toward the small village of Dent whose railway station, which is actually situated four miles from the village, is the highest in England at an elevation of 1,150 feet (350 metres) above sea level. Beyond the next village, Garsdale, the train enters a series of tunnels, leaving behind the Yorkshire Dales National Park and entering Cumbria.

Amidst the rolling green hills of the picturesque Eden Valley the train wends its way through the towns of Kirkby Stephen, Appleby, Armathwaite ending at historic Carlisle. 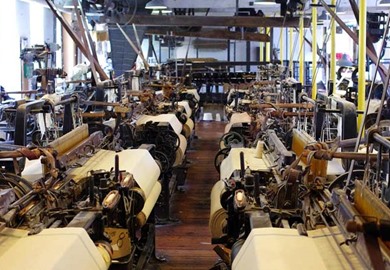 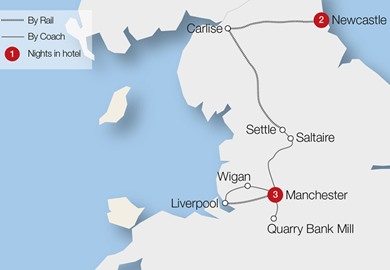 “We thoroughly enjoyed the tour. It visited some very interesting locations that were well integrated. The introductions were very good, especially the one on the canal trip. The visiting academic's talk after dinner came at a rather sleepy point when most people were not at their most receptive. We were sorry not to have had more free time in both Manchester and Newcastle to extend the context of the tour.
Collected by Great Rail Journeys
Yorkshire and Northumberland
Janet Wright

“Good holiday although a couple of alterations would be advantageous e.g visit Harlow Carr in the afternoon instead of morning and catch an earlier N Yorks Moors train as the last part of our journey was in the dark and we returned very late to the hotel. It was well organised, both hotels were satisfactory and the food in the Crowne Plaza in Harrogate was excellent especially the choice at breakfast. There were some very nice excursions with enthusiastic local guides
Collected by Trustpilot

Trains on the Settle-Carlisle Railway

As the Settle-Carlisle Railway forms part of a rail service running from Leeds to Carlisle the most common passenger trains to use the line are two-carriage diesel Sprinter trains, and these run at regular intervals every day until around 7pm.

On special occasions, and particularly during the summer months, heritage steam or diesel trains may occasionally make the journey from Settle to Carlisle although these are usually run on a private-charter basis. 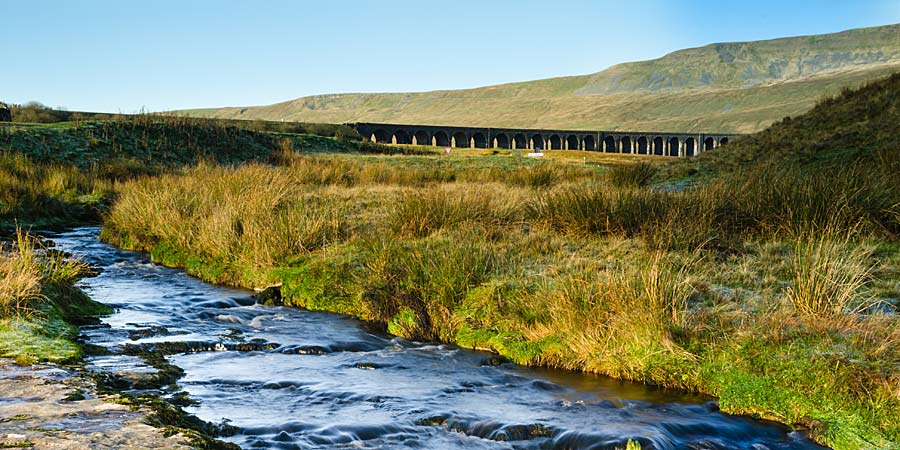 The train follows a narrow valley which takes it into the Yorkshire Dales National Park; a 680-square mile area of outstanding scenery, featuring dramatic limestone valleys, rolling dales and open moorland. As this vista broadens before the train, two of Yorkshire's celebrated 'Three Peaks' - Pen-y-Ghent and Ingleborough - can be seen.

Situated at the foot of the third peak, the Ribblehead Viaduct is one of the Settle-Carlisle Railway journey's true highlights. Rising thirty-two metres above the floor of the Ribble Valley, this magnificent four hundred metre long viaduct features twenty-four arches and took four years to construct from an estimated 1.5 million bricks.