The Corcovado Train is a rack railway in Rio de Janeiro, Brazil, that travels from Cosme Velho to the summit of the Corcovado Mountain at an altitude of 2,329 feet. The summit is well-known for its colossal statue of Christ the Redeemer, and for its scenic views; from here you can enjoy breathtaking panoramas over the sprawling city and the golden beaches of Rio.

The railway has undergone careful reconstruction since originally opening in 1884. Initially steam-hauled, the train now operates on electric. There are four trains, each formed of two carriages, which take passengers to the summit on a twenty-minute long, scenic trip. Onboard, the views are spectacular as the train rises towards the summit, winding through the lush landscapes that overlook the Brazilian capital. 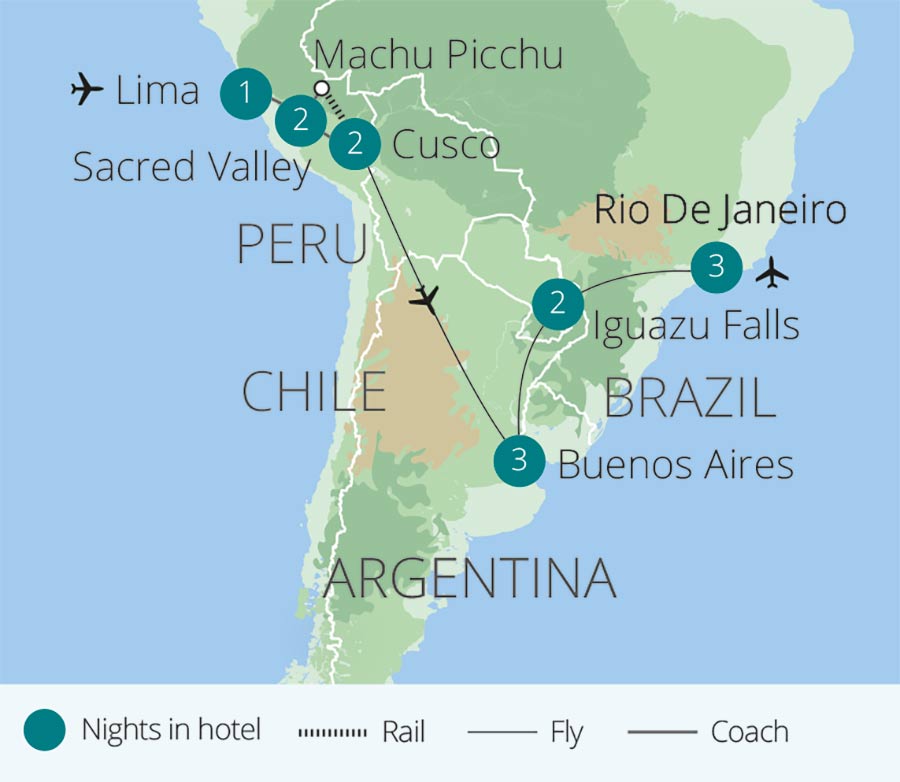