"I do not wish to be good, I wish to be hell on wheels, or dead" - Martha Gellhorn

There's nothing like an engaging traveller's chronicle to quench our wanderlust, especially during those long dreary periods of staying put. So, this International Women's Day, we bring you the stories of a few women who travelled and wrote about their experiences, long before 'solo female traveller' was a buzzword, and Instagram and blogging were inconceivable. These women had defied the conservative norms of their times and explored unknown destinations to satisfy their curious minds.

Believe it or not, one of the earliest travelling accounts was written by a woman named Egeria or 'Etheria', who had set out on a Christian pilgrimage sometime between 381 and 384 AD. Egeria's identity remains obscure, and scholars now assume she was from western Europe. She had travelled to modern Egypt, Palestine, and various holy sites of present-day Israel. Her writings vividly described the numerous monuments she had visited, the members of clergy she had interacted with, and the church services she had witnessed. Unfortunately, a huge portion of Egeria's works were lost, and only the middle part survived long enough to be reproduced and printed in the 11th century. Egeria and her ancient adventures only became known to the wider world when an Italian academic discovered this book in a library in 1884. 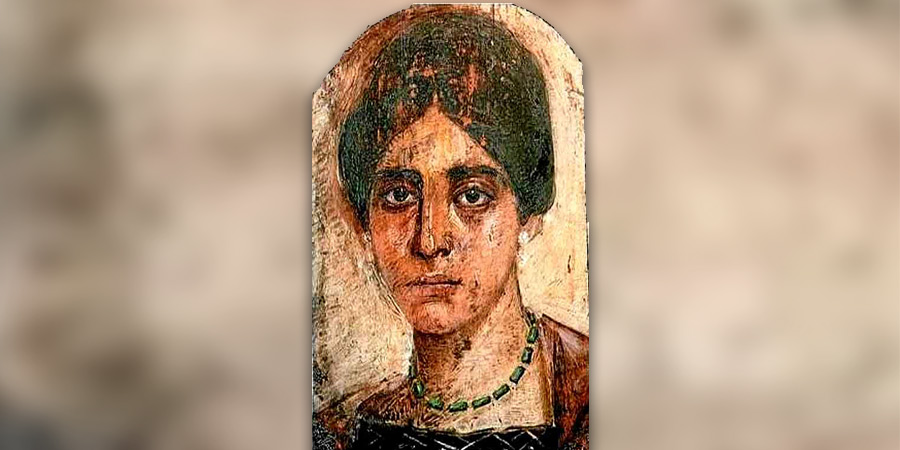 Born in 1868 to a Protestant left-leaning father and a Catholic mother who largely neglected her, Alexandra David-Néel had quite an eclectic upbringing. While in school, she was introduced to Buddhist philosophy and thus began her lifelong love affair with the East. By the age of 18, she had already travelled to England, Switzerland, and Spain all by herself. Here, she was introduced to theosophical and feminist ideas, both of which profoundly influenced her. She travelled to India at the age of 23, staying with the Theosophical Society for a year and learning Sanskrit. After making a career out of opera singing, writing her first book on Buddhism, and entering into a complicated marriage, David-Néel returned to India again in 1911. She was 48 years old. For the next 14 years, she travelled extensively and devoured texts on Buddhism written in Tibetan languages. At the age of 56, she disguised herself as her adopted son's servant and entered the forbidden city of Lhasa in Tibet, the first western woman to ever do so. On returning to France, she spent the next 40 years chronicling her experiences and writing more than 30 books. She renewed her passport for the final time at the age of 100 but passed away just a year later, in 1969. Her ashes were scattered in the Ganges, just as she had always wanted.  - What an incredible woman and story!

Elizabeth Jane Cochrane, better known by her pen name Nellie Bly, is best remembered for her fearless investigative journalism and for travelling around the world in 72 days. At a time when women had almost no representation in journalism, Bly had admitted herself to a mental asylum on Blackwell's Island during an undercover assignment for the New York World newspaper, reporting on the deplorable conditions in which patients were kept. Her Ten Days in a Mad-House not only made her one of the top journalists of the country but also compelled the asylum to initiate reforms. In 1889, Bly attempted to turn Jules Verne's Around the World in Eighty Days into a reality and set sail on a 24,900-mile journey. Travelling mainly by railways and steamships, Bly did encounter some setbacks. She was stuck for five days in Colombo because her ship was delayed, and her journey to Hong Kong was slower than anticipated due to stormy weather and choppy waters. But she did manage to complete her adventure in time, setting a new world record. On returning, she published her book Around the World in Seventy-Two Days, inspiring a new generation of intrepid women. 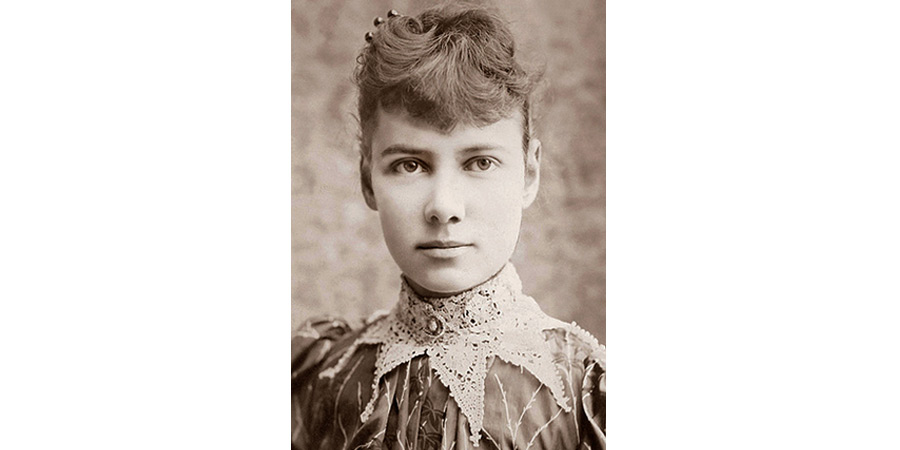 Until the 19th century, it was rare for women to travel solo to distant lands, much less an Indian woman. And that's what makes Pandita Ramabai's contribution to travel writing so significant. A social activist who was an ardent proponent of women's education and their participation in public affairs, Ramabai had visited several countries for both work and leisure. Having spent time in the United States, meeting new people and learning about the country, Ramabai wrote a book about her experiences. Written in Marathi, the Indian language Ramabai spoke, the book familiarised her peoples to the United States. It was later translated into English and to this day remains a valuable treatise on experiential travel and cultural influence. 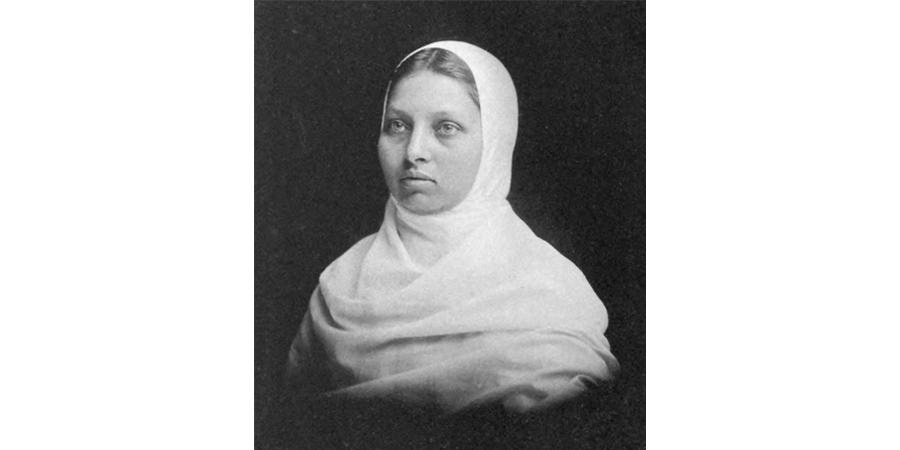 An avid traveller and one of the most daring war correspondents of the 20th century, Martha Gellhorn had a penchant for reporting from places where women weren't allowed. She began her career, covering the Spanish Civil War and it was here that she met Ernest Hemingway and married him. In the five years that they spent together, they travelled extensively, going as far as China. Gellhorn had disguised as a stretcher-bearer and sneaked to Normandy during the D-Day landings, rode with British pilots during bombing of Germany, and accompanied the Allied troops when they liberated Dachau. She covered conflicts in Vietnam and Nicaragua and even at the age of 81, put herself in harm's way reporting on the USA's invasion of Panama. Her book, Travels with Myself and Another, details some of her travel horror stories in her signature witty and acerbic tone. Though some of her accounts on China and Russia are considered dismissive of local cultures, her honest narrative has been a valuable contribution to the world of travelogues. 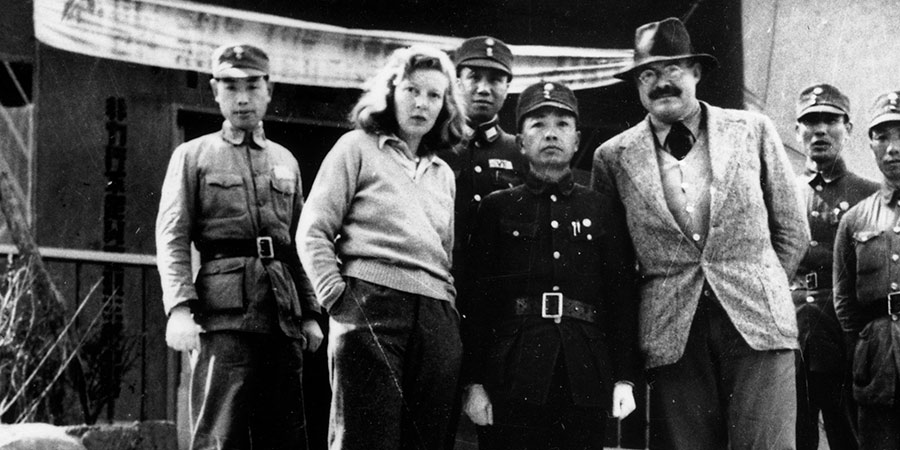 Since March is celebrated as Women's History Month, it's only befitting to recognise a few women who had to break societal shackles to pursue their passion for travelling. They not only experienced the unknown but also wrote about their unbelievable experiences, leaving a treasure trove of travel literature for us to marvel over today.

The 'Golden Age' of rail travel is best experienced on board a true luxury train. From days out on a heritage rail experience, to far-flung adventures on board some of the best-known trains in the world, Belmond's luxury trains offer a magical way to see the world – and here, we've picked our favourite five.

The evolving kaleidoscope of Iran

An ancient Empire, golden deserts, a mystical religion, noble mountains and wonderful people – Iran takes the best of every civilisation which has ever called this land home to produce a nation of immeasurable beauty and fascinating culture.

Musical Destinations around the Globe

Music is a splendid thing, and comes in many genres that can be appreciated at a variety of destinations around the world. Here are our picks for musical holiday spots, by genre.

For passengers looking to re-live the ‘Golden Age’ of sailing across the Atlantic, look no further than the charms of the Queen Mary 2, and the week-long journey on board a truly elegant ship.