Guests enjoying an escorted rail tour of Ecuador with Great Rail Journeys may experience an exhilarating ride on the Devil's Nose Train. The train takes its name from the towering rock face of Cóndor Puñuna (Condor Mountain) which presented a seemingly impassable obstacle during the construction of Ecuador's first railway line at the beginning of the nineteenth century. Nicknamed El Nariz del Diablo- 'the Devil's Nose', the troublesome mountainside and the problem it posed were finally surmounted in 1908 by an ingenious feat of railway engineering.

A series of long, curving switchbacks were carved directly into the face of the rock, allowing the train to gradually ascend or descend the Devil's Nose for more than eight hundred metres by slowly shunting backward and forward to negotiate the steep switchbacks.  Today, the twelve-kilometre stretch of the original railway forms part of an exhilarating journey through beautiful mountain scenery and traditional market towns. Naturally very with tourists, the line is also a favourite of rail enthusiasts, who appreciate the outstanding engineering skill required to complete the line. 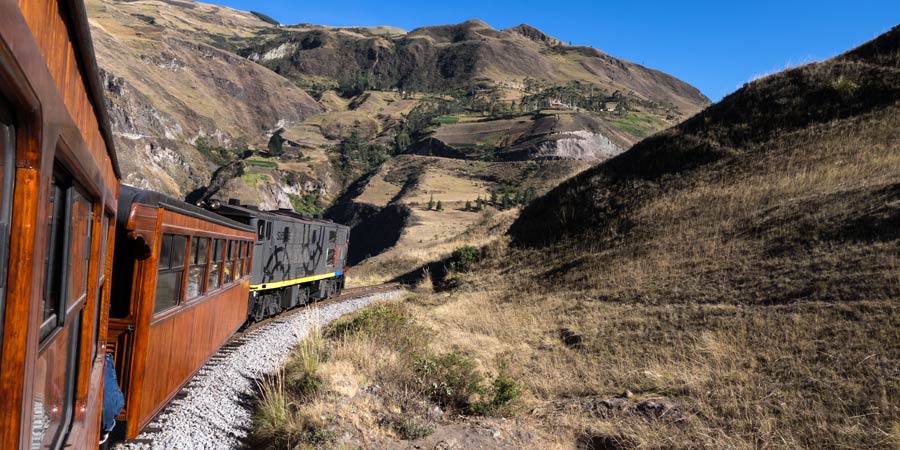 Until recently, the only section of the original 464-kilometre Guayquil-Quito Railway  that was still in use was the twelve kilometre section between Alausi and Sibambe. Lack of funding and subsequent damage to the railway by 1998's devastating  El Niño storm saw the gradual closure of the historic line.

A decade later, Ecuador's president, Rafael Correa, allocated a budget of $245million for the reconstruction and modernisation of the railway's infrastructure and rolling stock; a project that came to fruition in 2013 when the entire Guayquil-Quito Railway line was officially reopened. 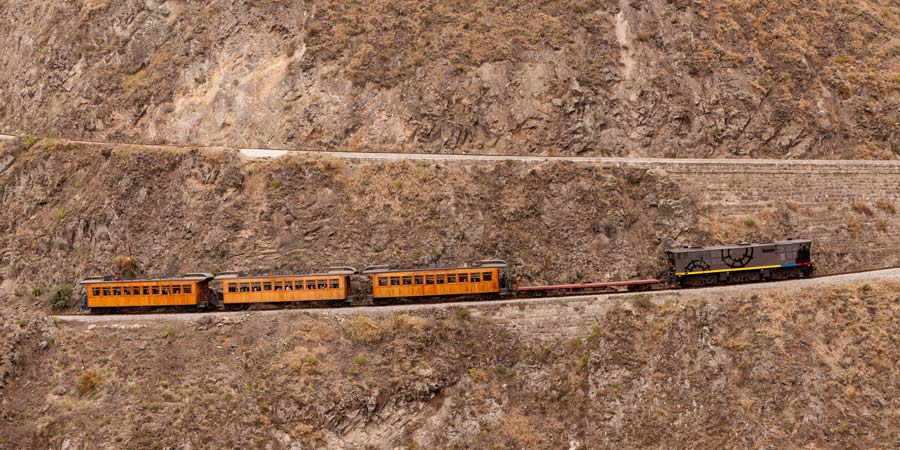