Located to the west of Lake Maggiore, Lake Orta is one of the smaller and lesser known lakes in the Italian Lake District. The lake, like many of its larger neighbours, has a fascinating history. It is certainly the quietest of the Italian lakes, where the unspoilt historic town of Orta and the island of San Giulio are set like jewels below the Alpine peaks.

Lake Orta has a beautiful island, called Isola San Giulio, which is home to a beautiful church - the Basilica of San Giulio. According to legend, the island was once a rock inhabited by snakes and terrible monsters until the year 390, when Saint Giulio set foot on it. Walking across the lake waters on his cloak and guided by his staff through the storm, the Saint founded a church, where he was later buried, transforming the island into an evangelical centre for the entire region. 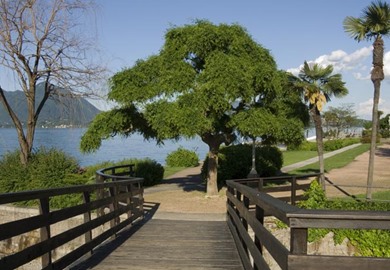 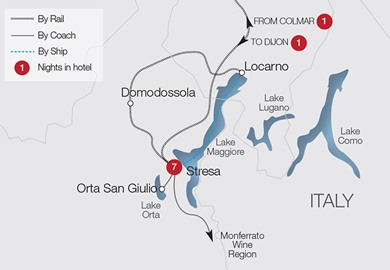